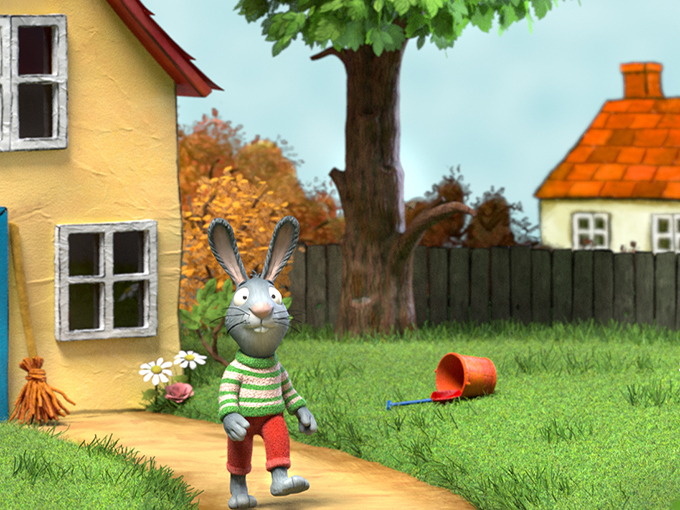 Aiming to start production this summer, with first delivery expected by spring 2020, Magic Light has developed scripts, story lines, a bible and a teaser that will be unveiled at Kidscreen Summit.

Based on a series of eight picture books of the same name by Axel Scheffler, the new show will clock in at 52 x seven minutes, a big stretch from Magic Light’s usual 10- to 30-minute festive specials. The books have been published in 20 languages and sold more than a million copies. The series will be set in the world of a rabbit named Pip and a mouse named Posy. Focusing on themes of friendship, it aims to highlight how preschoolers can navigate interpersonal ups and downs for the first time.

While this is Magic Light’s biggest undertaking since opening shop in 2003, it’s not entirely unfamiliar ground. The prodco is best known for its animated specials The Gruffalo and The Gruffalo’s Child, which are written by Julia Donaldson and illustrated by none other than Scheffler.

“We’ve lived and breathed the world of Axel Scheffler for over a decade now,” says Michael Rose, the joint managing director of Magic Light and producer on the series. “We love his world because he creates such great stories and illustrations, and in his backgrounds there are always different things going on—extra characters, different bits of detail.”

To bring this picture-book world to life, the prodco is working with London studio Blue Zoo to create a mixed-animation style for the new series.

“We wanted to retain the 2D elements that gave it the feel of the picture-book world, yet include the 3D elements that make it feel like a real place that you can be inside of,” says Rose.

“Pip & Posy is very much about developing a new preschool property to bring to market,” says Rose. “It’s an entirely fresh proposition And, as we’ve done with The Gruffalo, [the strategy is] about developing it carefully and in the right way for the long term.”