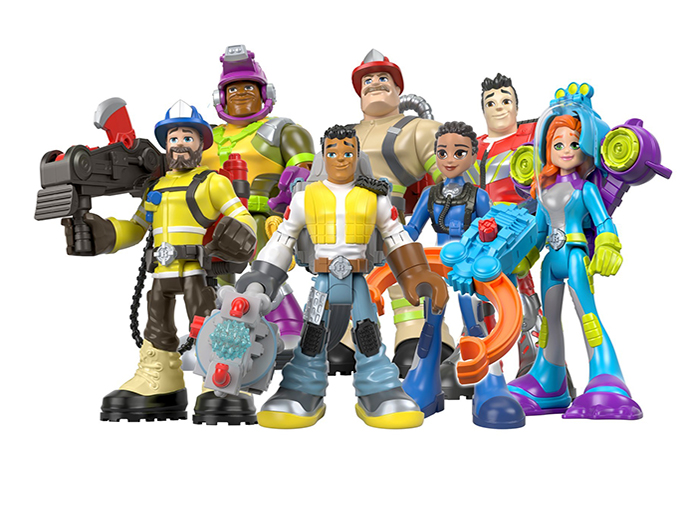 The Mattel-owned company is relaunching its toy line featuring everyday heroes exclusively at Walmart stores in the US, with digital content to be released in April.

Mattel’s preschool toyco Fisher-Price is relaunching its Rescue Heroes toy line, which will be exclusively available at Walmart stores in the US and at Walmart.com beginning this summer. The line features a group of heroes, such as firefighters and police officers, who work together to combat disasters.

In April, a suite of digital content will roll out across YouTube Kids and Fisher-Price platforms. Additional new branded “Kid Heroes” content will highlight kids across the US who are heroes in their communities, including seven-year-old Roman McConn who runs the animal rescue group Project Freedom Ride alongside his mother.

Fisher-Price is pairing the relaunch with a number of campaigns, including outdoor events at Walmart stores where kids will have the chance to learn more about firetrucks and police cars. It will also create a one-of-a kind Rescue Heroes action figure in honor of former New York firefighter Joe Torrillo, who jumped into action on September 11, 2001 and survived the collapse of the Twin Towers.