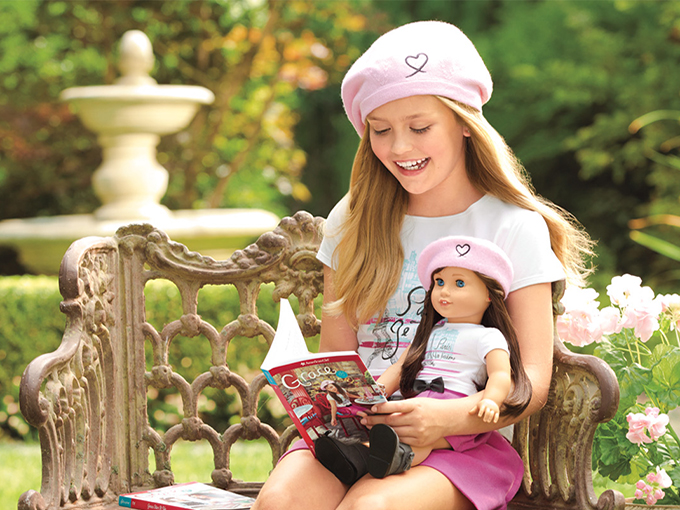 The toyco is planning a new slate of animated and live-action TV shows, and a live-action American Girl movie with MGM.

Mattel’s recently reorganized TV division is planning a slate of 22 animated and live-action TV shows based on the toyco’s well-known characters and franchises for multiple platforms. The content will span genres including action-adventure, humor, game shows and music aimed at preschool kids, both genders, tweens, teens and families.

The division is going to be working in partnership with Mattel’s new franchise management division that just launched in August, specifically global content distribution SVP Fred Soulie, who previously spent seven years at Saban as a distribution exec.

The toyco is also making moves on the film side, partnering with Metro Goldwyn Mayer Pictures (MGM) to develop a live-action film based on Mattel’s line of American Girl books and dolls (pictured). Mattel films, MGM and Picturestart’s Erik Feig will produce the film. MGM’s co-president of production Cassidy Lange and Mattel film’s executive producer Robbie Brenner will both oversee production.

American Girl characters were first introduced in 1986, and there now have been more than 32 million dolls and 157 million books sold through the company’s catalogue. Previously, the stories have been adapted into films made for television. Most recently Picturehouse and New Line Cinema adapted Kit Kittredge into Kit Kittredge: An American Girl starring Abigail Breslin.

This is the third movie announced from the new Mattel films division following the toyco partnering with Warner Bros. for a live-action Barbie movie and a Hot Wheels movie.

In other news, Mattel signed a multi-year international licensing deal with Universal Brand Development for Illumination’s Despicable Me franchise. Its licensing rights in North America and a few international markets will be used to create action figures, dolls, playsets, vehicles, radio control toys, games, plush, roleplay and accessories. It will launch ahead of the upcoming Minions sequel in summer 2020.