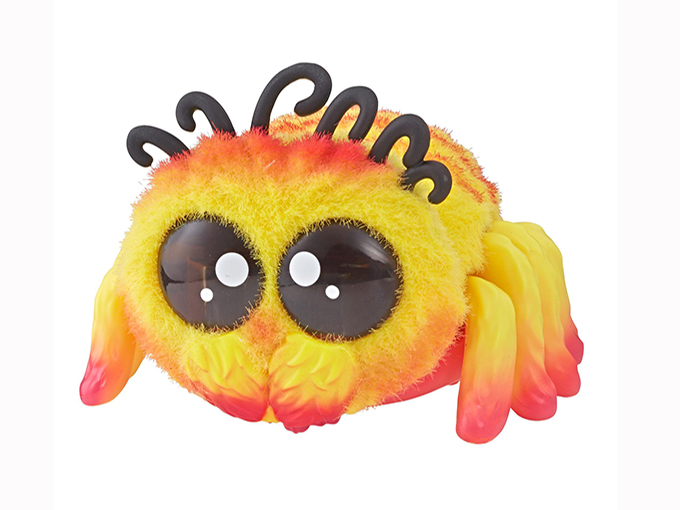 Despite continued growth in its Entertainment and Licensing segment, the toymaker experienced a double-digit decline to US$4.58 billion in net revenue.

Fiscal 2018 net revenue for Hasbro’s Entertainment and Licensing segment grew 5% to US$298.5 million, with growth attributed to a multi-year digital streaming deal for Hasbro television programming. Hasbro’s Emerging Brands segment reported US$358.8 million in net revenue (up 1%) due to solid performances from Power Rangers, Lost Kitties and Yellies (pictured).

Hasbro Gaming fell 12% to US$787.7 million for the year due to lower sales for properties such as Pie Face and Speak Out. The company’s Total Gaming segment—which includes all gaming revenue for brands like Magic: The Gathering and Monopoly, which are featured in the Franchise Brands segment—fell 4% to US$1.44 billion.

Partner Brands reported net revenue of US$987.3 million (down 22% compared to fiscal 2017) as growth for Beyblade and Marvel were offset by declines for Star Wars, Disney Princess, Frozen and Trolls. Full year net revenue for Hasbro’s Franchise Brand segment decreased 9% to US$2.45 billion.

In October, Hasbro confirmed plans to make “meaningful organizational changes” affecting a single-digit percentage of its global workforce. The company reported US$77.9 million in severance costs associated with these actions.

Moving forward, Hasbro will launch its Power Rangers line in Q2 2019. The toymaker acquired the billion-dollar franchise, along with several other Saban Brands entertainment properties, for approximately US$522 million in cash and stock last year. Magic: The Gathering Arena, along with associated eSports initiatives, is expected to be another growth driver in fiscal 2019.