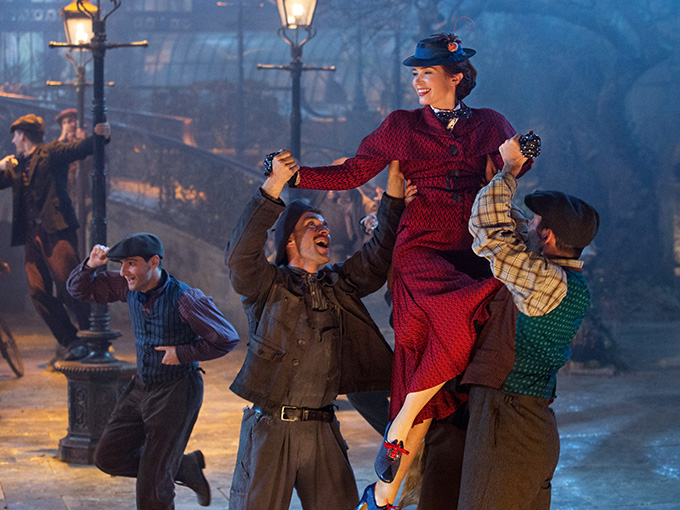 Despite significant declines in film revenue and net income, Disney's higher-than-expected Q1 results included a line for its direct-to-consumer business for the first time.

As the media giant prepares for what could be one of its biggest years ever, driven by the integration of its 21st Century Fox acquisition and the launch of direct-to-consumer streaming service Disney+, the House of Mouse posted overall Q1 (which ended on December 29, 2018) revenues of US$15.3 billion, a flat result compared to the year-ago period.

Though Disney’s net income sank 37% to US$2.7 billion, its media networks business increased 7% to US$5.9 billion, led by a 12% rise in broadcasting revenue to US$1.9 billion and a 40% lift in operating income to US$408 million. The operating income spike was due to affiliate revenue growth, higher ad revenue and stronger program sales, partially offset by increases in programming costs.

As for Disney’s cable networks revenue, it jumped 4% to US$4 billion, but operating income slid 6% to US$743 million as a result of decreases at ESPN and Freeform, partially offset by an increase at the Disney Channels.

On the film side of its business, Disney premiered Mary Poppins Returns (pictured) and box-office bomb The Nutcracker and the Four Realms during Q1. The former made more than US$325 million worldwide, but its box-office performance could not compete with the US$1.3-billion global haul made by Star Wars: The Last Jedi and a strong release for Thor: Ragnarok the previous year. The film unit’s operating income dropped 63% to US$309 million, due to lower theatrical distribution results and partially offset by growth in TV/SVOD distribution. Despite the disappointing quarter for films, Disney is expecting April’s Avengers: Endgame and December’s Star Wars: Episode IX to contribute to a big 2019.

Looking at Disney’s parks, experiences, & consumer products segment, revenues were up 5% to US$6.8 billion, while  operating income increased 10% to US$2.2 billion. The company attributed this to heightened activity at domestic theme parks and resorts, partially offset by a decrease in licensing. Internationally, the company’s parks and resorts operating income was down versus the same quarter a year ago, due to lower results at Shanghai Disney Resort and Disneyland Paris, and significantly offset by an increase at Hong Kong Disneyland Resort.

In terms of streaming, Disney included a line item for its nascent direct-to-consumer business for the first time. In Q1, the segment’s revenue decreased 1% to US$918 million and operating loss increased from US$42 million to US$136 million. This was driven by the costs of launching ESPN+ and working towards the launch of Disney+, with partial offsets coming from an international channels increase and lower equity losses from Disney’s investment in Hulu.

During his quarterly earnings call yesterday, Disney CEO Bob Iger offered no details about the price or release date of Disney+, other than to re-confirm that the service will launch at the end of the year. More information is expected to be revealed following Disney Investor Day on April 11. One piece of intel Iger did reveal in his call was that Captain Marvel will be the first Disney feature film provided exclusively on Disney+, meaning it won’t be available to its current streaming partners, including Netflix.