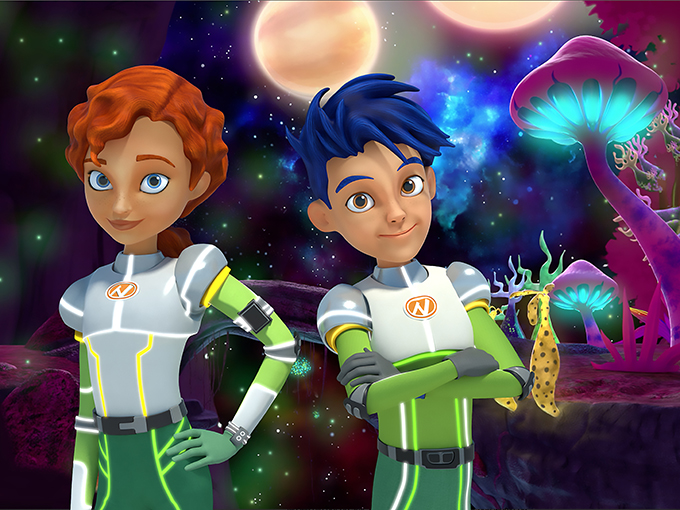 Australia’s ABC ME and Nine Network have hooked up with German pubcaster Super RTL to commission a new animated kids series called Space Nova from Sydney-based SLR Productions. Now in production, the 26 x 24-minute sci-fi adventure-comedy for tweens and families is a co-production with Malaysia’s Giggle Garage (Origanimals, Kazoops), with financial support from Screen Australia and Create NSW.

Germany’s ZDF Enterprises has also acquired worldwide distribution rights to the series, excluding Australia and New Zealand, which will be managed by the Australian Children’s Television Foundation (ACTF).

Set in 2162, Space Nova stars tween siblings Jet and Adelaide, who live not-so-ordinary lives on an international space station with their astronaut parents and schoolmates. As the series unfolds, life changes forever for the young Aussie space adventurers when they discover a link to an intelligent alien civilization.