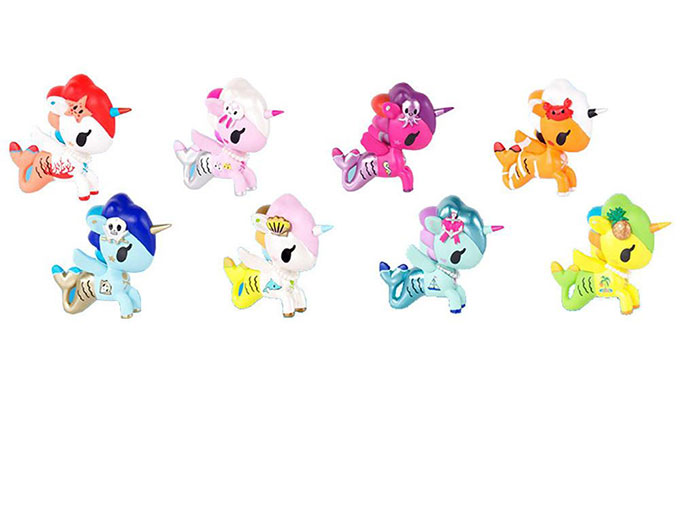 Thunderbird's kids division is partnering with tokidoki to develop an original animated series based on its toy characters.

Legno created the comedy-adventure series, with Shea Fontana (DC Super Hero Girls, Polly Pocket) writing and developing, in addition to serving as EP and showrunner. The show treatment follows along as a team of Mermicornos try to stop an evil force that wants to take over the world.

Mermicorno is part of tokidoki’s Unicorno toy line that was first introduced in 2015 at San Diego Comic-Con. It now includes three series of collectible figures, as well as themed plush, bags, apparel and novelty products that are available in more than 20,000 stores worldwide.

This new series is just the latest original production to join Atomic’s busy development pipeline. The shop has already started working on Eerie, a mixed-media series based on Scholastic’s bestselling book series Eerie Elementary. And it has also signed on to produce an animated TV series based on Princesses Wear Pants, the New York Times bestselling book series by Savannah Guthrie.