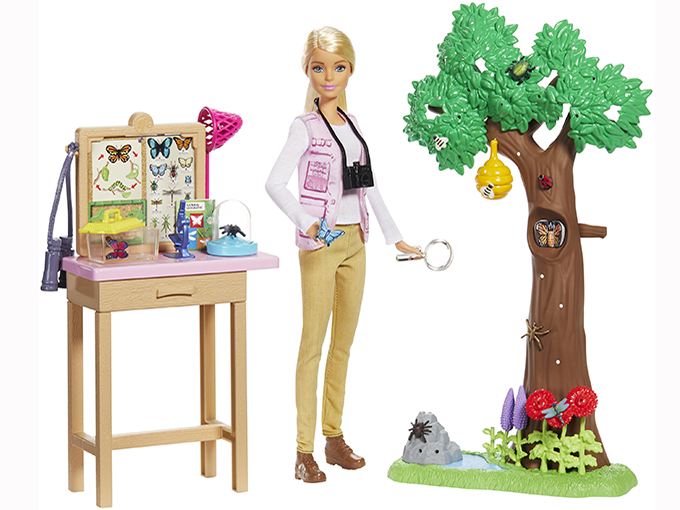 Barbie to get scientific with new Nat Geo partnership

Mattel and Nat Geo are working on a new range of toys focused on exploration for fall 2019, with content bowing on YouTube throughout the year.

Mattel has partnered with National Geographic to launch new Barbie content and consumer products focused on exploration, science, conservation and research this year.

Hitting shelves in the fall, the consumer products range will include dolls and playsets highlighting careers like wildlife conservationist, astrophysicist, polar marine biologist, wildlife photojournalist and entomologist—all occupations in which women are underrepresented. Accessories packaged with the dolls and playsets have been authenticated by an advisory council including female National Geographic explorers.