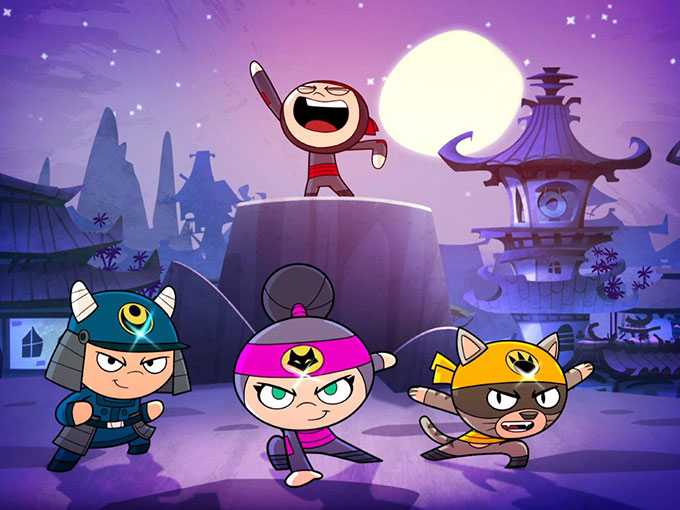 Nickelodeon International is adding the Sardine Productions series to its lineup in Southeast Asia, Italy, the Middle East and Africa.

Nickelodeon International has scooped up Sardine Production’s Chop Chop Ninja for its airwaves in Southeast Asia, Italy, the Middle East and Africa.

The 40 x 11-minute adventure-comedy series (plus 40 x 1.5-minute shorts) began airing in the region in November, and the other territories will follow this spring. In a separate agreement, Chop Chop Ninja was picked up by Israel’s Talit Communications for both linear pay-TV and SVOD platforms running under its Junior channel brand.

Produced in Montreal by Sardine and Gamerizon Studio, the series was originally commissioned by Corus Entertainment and premiered in October on both its French and English Teletoon networks. Chop Chop Ninja is supported by the Bell Fund, the Canadian Media Fund, the Shaw Rocket Fund, the CPTC and SODEC. It focuses on the exploits of Iro and his three best friends at Ninja Academy, where they practice the arts of fighting villains and mastering stillness, among other ninja disciplines.

Distributed by Spain’s GoldBee, the non-verbal slapstick shorts have already been sold into more than 120 territories. The property was originally a mobile game with 10 different app iterations, and then the full series was jointly produced with interactive online game Chop Chop Ninja Academy.