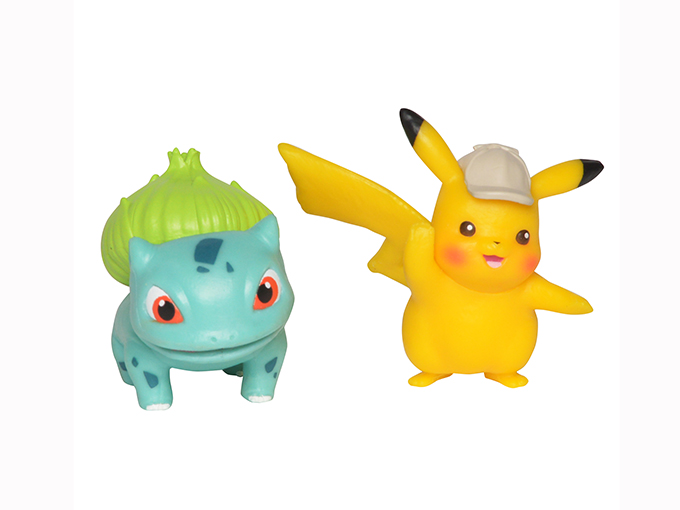 Master toy licensee Wicked Cool will launch its action figures, plush and roleplay items with retailers in April. The Detective Pikachu plush boasts two voice modes (“Detective Pikachu” and “Pikachu”) and more than 14 responses. Mattel’s Mega Construx brand will expand its line of Pokémon building sets on March 25 with characters and settings from the live-action movie. A first wave of apparel and accessories will launch online through the Pokémon Center on April 2, with a second wave hitting in May. And new Pokémon Trading Card Game collections will include 26 new cards featuring characters in the CGI style of the film when they launch on April 5 in North America.

Pokémon Detective Pikachu is set to hit screens in North America in May. The film—from Warner Bros. Pictures, Legendary Entertainment and The Pokémon Company—sees Pikachu star as a wisecracking sleuth trying to solve the disappearance of his human partner.

Last year, The Pokémon Company International partnered with Italian footwear and apparel company Geox to launch a children’s shoe range, and inked an agreement with Funko to make Pikachu available for the first time as a Funko Pop! vinyl figure.