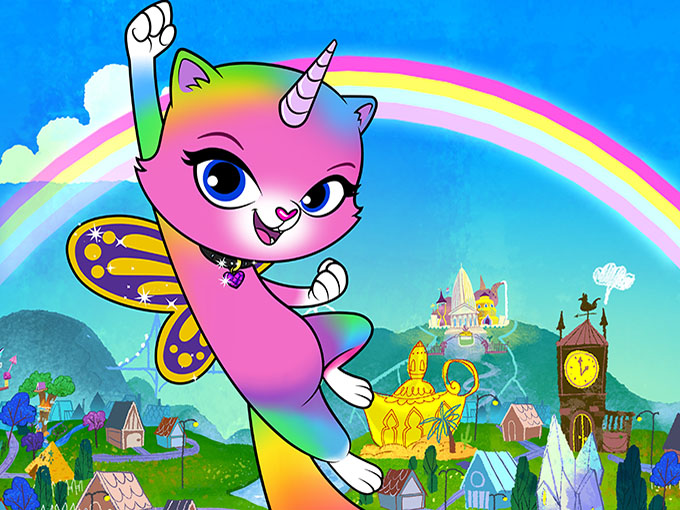 Funrise's Rainbow Butterfly Unicorn Kitty premieres in the US on January 27 and will roll out internationally later this year.

Created and produced by California-based Funrise, Rainbow Butterfly Unicorn Kitty will premiere on Nickelodeon in the US on January 27. The 26-episode series stars a cat with magical abilities because she is also part rainbow, part butterfly and part unicorn.

In the lead up to the linear series premiere, a full-length episode is launching today on the Nick App and through Nick On Demand. Additional episodes will air on Nicktoons beginning on January 28, and Rainbow Butterfly Unicorn Kitty will roll out on Nickelodeon’s international channels and branded blocks later this year.

Saban Brands tapped Funrise as global master toy and co-production partner for the series in 2017. In December, Funrise appointed former Saban Brands exec Rich Magallanes as SVP of development and production for its new IP and entertainment division. Magallanes serves as showrunner for Rainbow Butterfly Unicorn Kitty, which he created, and will also lead creative projects, secure production partnerships and oversee potential content acquisitions for Funrise.