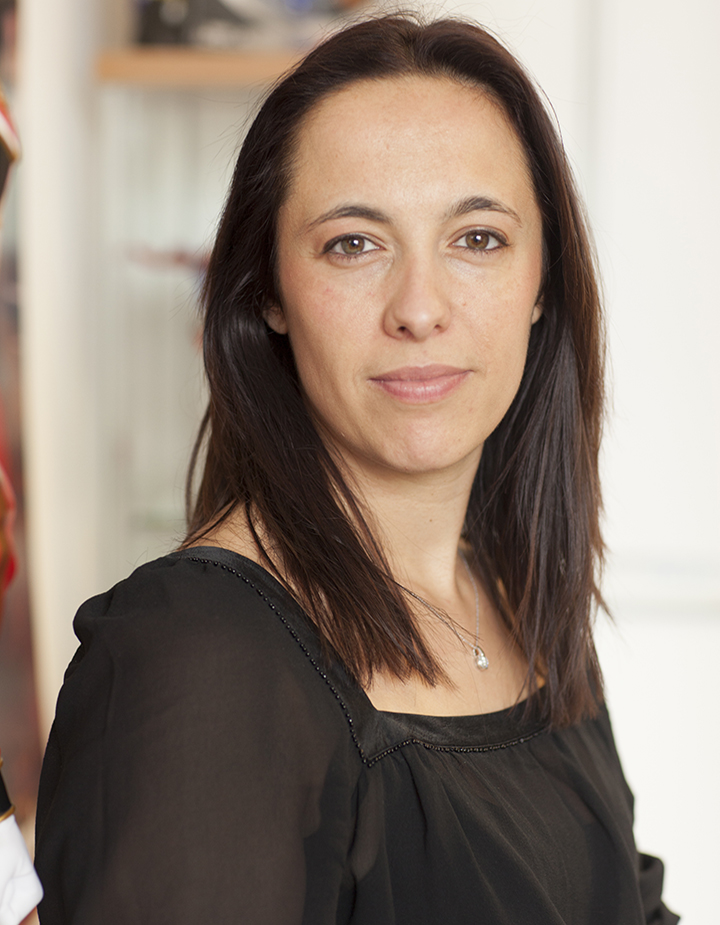 The London-based distribution company’s new director of global sales dishes about her focus moving forward—and how she is looking to expand Serious Lunch's licensing opportunities.

A connection made at CAKE Entertainment has led Leila Ouledcheikh to London-based Serious Lunch, where she will work once more with Genevieve Dexter in a new role as director of global sales. Ouledcheikh served as CAKE’s VP of international sales from 2009 to 2012, working alongside Genevieve Dexter, who co-founded the kids distribution company and served as its commercial director for nine years. Today, Dexter is the CEO of Serious Lunch, and when she was in the market for a global sales exec for the London-based distribution company she founded in 2001, she remembered Ouledcheikh’s work ethic and warm personality.

“When I started thinking about candidates for the role, she was my first choice,” Dexter says.

Ouledcheikh will focus on selling the company’s existing stable of shows throughout EMEA, as well as exploring opportunities to expand the brands into licensing. Horrible Science, Art Ninja, Operation Ouch and Ronja the Robber’s Daughter are all currently part of Serious Lunch’s library.

“It’s really about understanding the ratings and the strength of those shows in different regions, and how we can translate that into retail demand and consumer products,” Ouledcheikh says.

This will free Dexter up to focus on closing new program acquisitions that are currently underway, as well as identifying other brands the company can help grow.

Ouledcheikh joins Serious Lunch from Saban Brands, where she most recently served as SVP of EMEA for distribution and consumer products. When she first started at Saban (working with properties like Luna Petunia, Treehouse Detectives and Power Rangers, which have now been acquired by Hasbro), Ouledcheikh was initially responsible for the company’s TV and digital teams, but was soon promoted to handle consumer products as well.

“When I worked on Power Rangers, it was number one with The NPD Group,” Ouledcheikh says. “But without marketing and the support of licensing partners, the brand wouldn’t be where it is now. It’s really about helping [Dexter] find the right partners. It’s [Dexter's] company—it’s her baby—so I feel quite flattered that she’s given me the reins to grow the business.”

Ouledcheikh also played a crucial part in getting Saban involved with Treehouse Detectives and laying the groundwork for the CGI preschool show’s launch on Netflix. She first discovered the property through her work with LOK Media Consulting, which she co-founded.

“Working at Saban gave me an eye for building a brand across those different departments,” Ouledcheikh says. But she started developing that skillset at the very beginning of her career with HIT Entertainment (acquired by Mattel in 2011).

“TV used to be the main source of revenue in this business, and I was working on the best shows of the time, like Bob the Builder and Pingu. But within a few years of being at HIT, consumer products came to make up probably 80% of the company’s revenue,” says Ouledcheikh. “We really had to adapt to a business model built for retail and consumer products. It was a great time of learning.”

Ouledcheikh’s history in the industry and experience with both content and consumer products made her a very compelling candidate. “[She] has managed some very big brands,” Dexter says. “I look forward to tapping into that knowledge and applying it to our key properties at Serious Lunch.”

With Ouledcheikh on board, growth is now Dexter’s main priority. She plans to continue to expand the team and has an eye on increasing Serious Lunch’s involvement as a distributor for productions from London-based animation studio Eye Present, a joint-venture she launched with Squint/Opera in 2014.

Eye Present projects currently in development include: the 52 x 11-minute series Xephos & Honeydew, which is based on the Minecraft avatars of the Yogcast: Lewis & Simon YouTube channel; and Flix, a comedy targeting kids ages six to eight that follows the life of a young pug adopted by cat parents. Eye Present also recently signed a co-production agreement with Finnish studio Gigglebug Entertainment for its original buddy comedy Best & Bester, a 78 x seven-minute animated series telling the story of two friends who spend their time comparing the best things of all time.