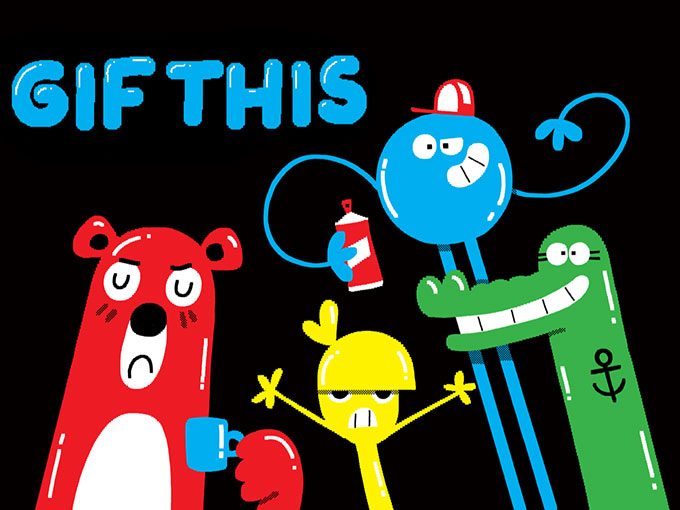 How to develop a new show

Kidscreen is launching a new social media series called Behind the Idea that explores how creative teams develop a show, toy or app. We're kicking things off with Gigglebug’s new series Gif This.

The Kidscreen team is trying something new, and we want to take you—our readers—along for the ride. Starting today on our Instagram page, we’ll be taking a behind-the-scenes look at how shows, toys and apps get developed in a social media series called Behind the Idea. Although every build is different, we’re hoping that this feature will give you a better understanding of the process that drives creation at many different companies in our industry.

Each team we partner with on this series will document its development process—showing you the good, the bad and the ugly—until the show goes into production or the product hits retail. Watch the Kidscreen Instagram page and Instagram Stories (highlights labeled “Behind the Idea”), as well as our Facebook and Twitter pages, for frequent updates on the journey.

To kick things off, Kidscreen has hooked up with Finland’s Gigglebug Entertainment to follow along as its new show Gif This gets made. Banking on the popularity of digital looping photos (a.k.a. gifs), this 52 x 11-minute 2D-animated series will be set in a world where everyone and everything is a gif. Constructed as a family sitcom for eight- to 11-year-olds, the show stars 13-year-old JoJo, who is incredibly curious about all things new, even though her entire life seems to be driven by repetition.

Below is an edited and condensed version of a conversation with Gigglebug CEO and co-founder Anttu Harlin about what you’ll see on the Kidscreen Instagram page throughout this first Behind the Idea series:

Kidscreen: Who are you? Tell everyone a little bit about yourself.

Anttu Harlin: I’m the co-founder of an animation studio called Gigglebug Entertainment that started operating in Helsinki five and a half years ago. We focus on creating original composite kids cartoons to spread joy and happiness around the world. And prior to setting up Gigglebug, I worked in animation for about 12 years.

KS: What do you do on a day-to-day basis?

KS: Where did the idea for Gif This come from?

AH:  What inspired it, or what surprised us, was how popular the original gifs from our co-founder Joonas Utti [creator of the series] became. By the end of 2017, he had something like 16 million views; that’s when we realized we had to do something. Now that number is more than 500 million.

From this first inspiration, we came up with the idea for a family sitcom following a 13-year-old kid who is curious about the world. To a 13-year-old, when you look at the world or your parents, everything seems repetitive or habitual. And kids that age have got great ideas about how to shake things up.

We think this concept reflects the fact that gifs are essentially looping—or repetitive—content, but also provides an emotional anchor.

KS: How far along are you in the development process?

AH: At Kidscreen Summit 2018, I showed some early visuals to a couple of distributors, and some were curious to see more. In the last year, we’ve written a bible and pilot script with Toby Wilson, who is part of the team. We’re now moving into a second draft of the bible, and we’re going to start production on a trailer and animatics for the pilot episode over the next year.

KS: What are you going to be sharing in this Behind the Idea series?

AH: We want to show people how a studio gets an idea for a show off the ground, so we’ll be looking at what you have to do to develop the creative, package the production and financing elements, and what the artists are doing.

We’re going to show what kind of gifs we’re making, how we did a recent name test for our show, how we’re recruiting new animators, how we’re working with our writers, how we’re banging our heads against a wall when we have too many meetings and too little action. And we’ll tell you more about the gif artists who inspire us, as well as the evolution of our character designs.

KS: Who can people expect to see in the series?

KS: What are your hopes and goals for this show over the next year?

AH: I hope we’re going to land a major broadcaster. And in the next year and a half, I’m aiming to greenlight the series.

KS: What’s the next step in the development process?

AH: Writing a trailer script. I don’t want to meet the major broadcasters without having a package that I think is going to blow them away, so I think that’s the thing we’ve got to nail first, and our goal is to have the trailer finished by March. We’ll have the first draft of the script written this month, and we should be able to produce it in about two months. And in that time, more gifs will be uploaded.

If you like the sound of Behind the Idea and think your company’s development process is worth showing off, please get in touch with awhyte@brunico.com. And don’t forget to follow along on Instagram and Facebook!