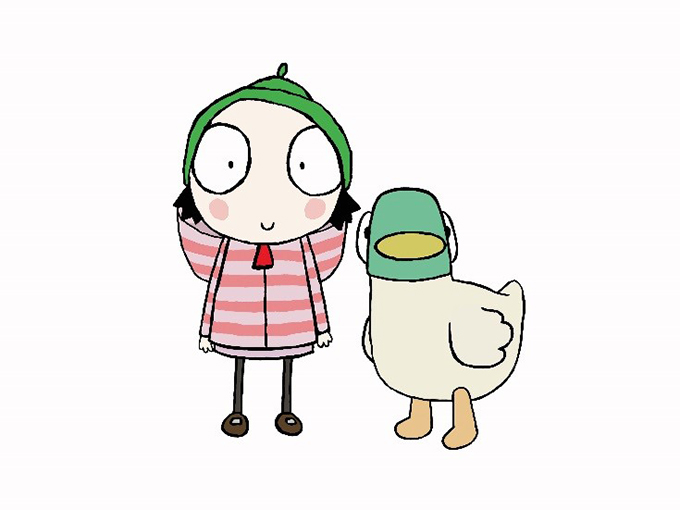 BBC Studios has tapped the toymaker to bow plush products and the first-ever wooden toy range inspired by the animated series.

BBC Studios is partnering with UK-based toyco 8th Wonder to launch a range of wooden and plush products inspired by the CBeebies show Sarah & Duck. The deal—which will see toys launch in the UK this spring and summer—marks the first wooden toy range for the series and will feature wooden dominos, blocks, sound puzzles, a skittles set and a train set.

Additionally, 8th Wonder will launch talking plush toys, which will be the first for the brand since 2014. BBC Studios previously partnered with 8th Wonder to bow products inspired by Hey Duggee and Something Special, set to hit shelves later this year.

Sarah & Duck is currently in its third season, and key broadcasters outside of the UK include NBC Universal Kids (US), BesTV (China), iQiyi (China), ABC (Australia), KiKA (Germany) and Disney Channel (Japan). The brand continues to expand into new CP categories, and embarked on its first live tour in 2017. Sarah & Duck’s Big Top Birthday, presented by MEI Theatrical in association with Polka Theatre, features puppetry and music.