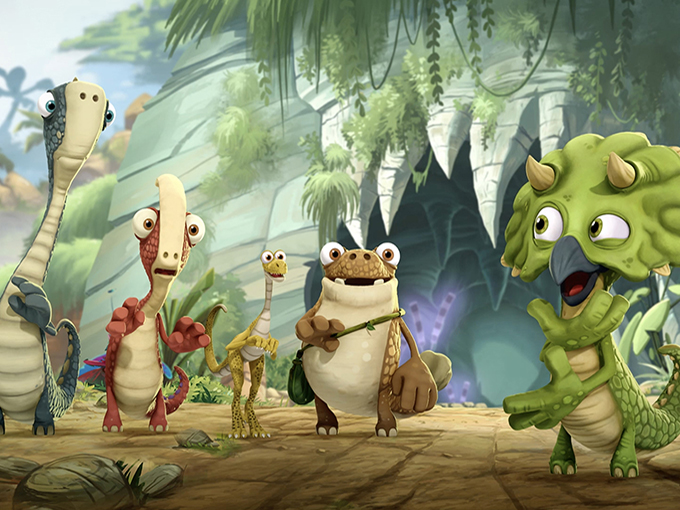 The CGI-animated preschool series will premiere on January 18 on Disney Channel and the DisneyNOW app.

Gigantosaurus, the newest CGI-animated preschool series from Cyber Group Studios, is expected to make a big impression when it premieres January 18 on Disney Channel and the DisneyNOW app.

Disney Junior originally snapped up the show for worldwide broadcast (excluding India and Taiwan) in 2017. It’s based on a same-name book by Jonny Duddle, and is directed by Cyber Group Studios’ Olivier Lelardoux (Zou) to appeal to kids ages four to six. Centering on the prehistoric adventures of four young dinosaur friends, Gigantosaurus is all about facing fears and working together to solve problems. Cyber Group has already sold the series to broadcasters including RAI (Italy), SRC (Canada), Super RTL (Germany), France Télévisions and Netflix.

Earlier this year, Jakks Pacific was tapped as the IP’s global master toy licensee, and a first wave of products is set to hit shelves worldwide in fall 2019. It will include preschool playthings, figures, vehicles, playsets, outdoor seasonal, indoor furniture, Halloween costumes and accessories.