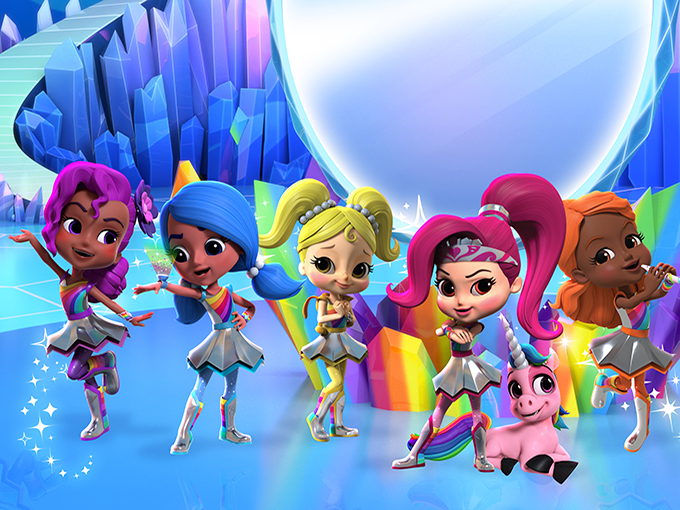 Gershwin Entertainment will tour a live show inspired by the preschool series next year to coincide with the property's US retail launch.

Genius Brands International has awarded the exclusive North American live touring rights for its new animated preschool series Rainbow Rangers to Gershwin Entertainment. The agreement will see Gershwin produce and tour a series of live shows next year, coinciding with the brand’s US retail launch. The series premiered on Nick Jr. on November 5.

Rainbow Rangers follows along on the adventures had by a group of girls charged with protecting the Earth. Genius Brands has inked dozens of licensing deals for the property, including Mattel (master toy), MacMillan Publishing (master publishing) and Bentex (master apparel). Altogether, more than 300 SKUs are set to hit shelves in the US in time for back-to-school and holiday 2019.

Live and location-based brand extensions continue to grow in popularity, and Gershwin is tapping into the trend. Earlier this year, the company partnered with PBS KIDS to co-produce Really BIG Tiny Adventure, the American pubcaster’s first-ever live stage show.