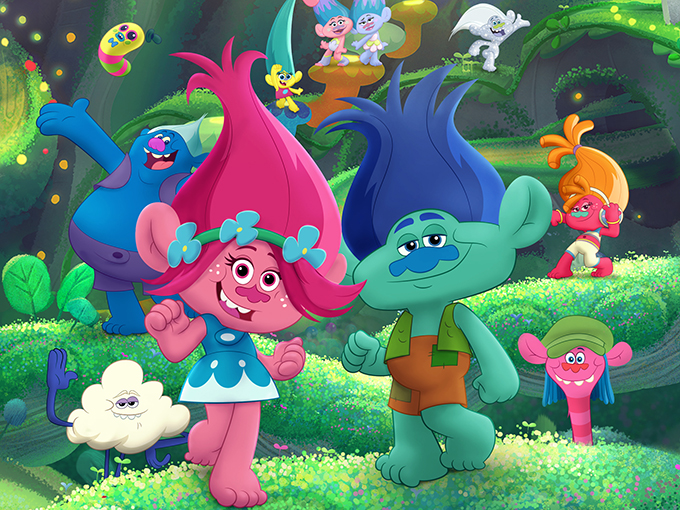 NBCUniversal has signed a new carriage deal with SK Broadband for its 24-hour kidsnet in the region.

NBCUniversal is bringing its DreamWorks channel to South Korea as part of a new carriage deal with SK Broadband, the largest broadband internet access provider in the region. SK’s B tv animation package will launch the kidsnet in English with Korean subtitles.

DreamWorks’ 24-hour kids and family net features several of its movie-based TV shows, including Dragons: Race to the Edge and Trolls: The Beat Goes On! (pictured), as well as the critically acclaimed Trollhunters: Tales of Arcadia. It also has a daily morning preschool block for two- to five-year-olds showcasing Noddy Toyland Detective and Raa Raa the Noisy Lion.

The channel’s international footprint has been growing of late, expanding to Taiwan through a carriage deal with Taiwan Optical Platform that was announced a few weeks ago, and to the Middle East and Africa in 2016.