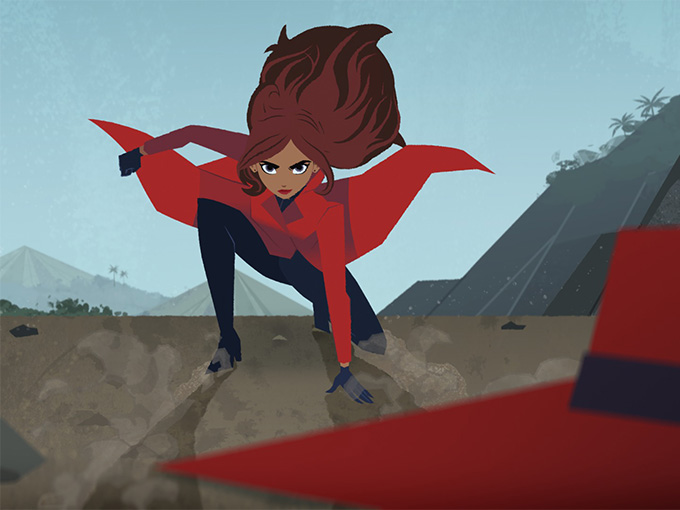 A reboot of the popular '90s toon is going to bow on the SVOD service in the new year.

Based on a famous computer game created in 1985 and a PBS kids game show spin-off called Where in the World is Carmen Sandiego?—which aired from 1991 to 1995—the refreshed toon focuses heavily on who Carmen Sandiego is as a person, as well as her past and the reasons why she became a thief, rather than just her elusive whereabouts. Similar to the classic story of Robin Hood, the main character travels the world returning items stolen by villain organization V.I.L.E. to their rightful owners. Some details about the 20 x 22-minute reboot were first announced in 2017, including the news that Gina Rodriguez (Jane the Virgin) would star as the female super thief, with Finn Wolfhard (Stranger Things) playing her accomplice and closest friend. CJ Kettler (The Tick) is on board as exec producer, alongside showrunner Duane Capizzi (The Batman).

Netflix has been jumping on ’90s reboots lately, including producing four seasons of Fuller House, a new look at the classroom classic Bill Nye that debuted last year, and two seasons of a Magic School Bus reboot from 9 Story and Scholastic Entertainment.