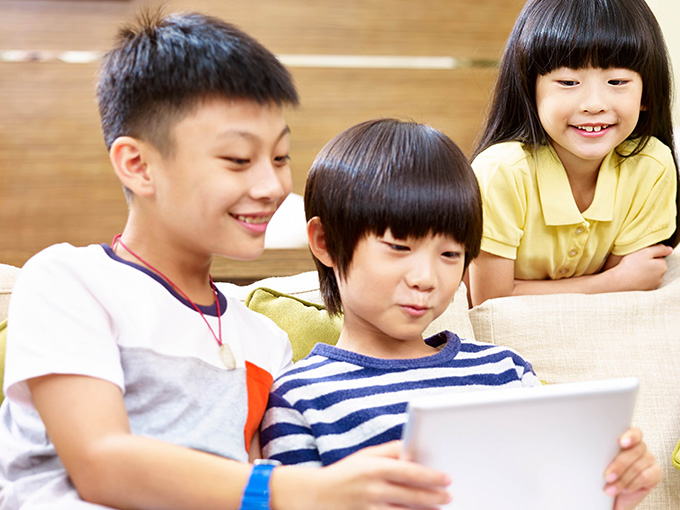 The latest report from TotallyAwesome finds that 79% of APAC kids prefer the internet over TV, though digital ad spend remains below TV ad spend.

According to a new study from TotallyAwesome looking at the media habits, device usage, spending patterns and purchase decision influence of kids in Asia Pacific, television has fallen to third place behind smartphones and tablets as their preferred device.

The digital ad and content platform surveyed nearly 5,000 internet users ages four to 16, along with their families in Australia, Indonesia, India, Malaysia, New Zealand, the Philippines, Singapore, Thailand, Vietnam, Hong Kong, Japan, Taiwan, Korea and China, and found that eight out of 10 kids would prefer to spend time online rather than watching TV.

Nearly 80% of respondents picked smartphones as their favorite device, followed by tablets (44%), which overtook television for the first time. TV fell into third place (42%) from second (54%) last year. The study also showed that 78% of kids watch TV on digital devices.

Looking at where kids discover new things, more than 80% of the survey sample said they find out about toy and series launches from the internet. Only 50% get the same information from television, despite the fact that digital advertising spend in the region is still well below TV ad spend in the kids space.

TotallyAwesome found that online advertising has a bigger impact than TV advertising, too. After seeing an ad online, 60% of kids looked the product up (versus 32% after seeing a TV ad), and 58% talked about the product with their friends after seeing a digital ad (compared to 45% for TV). The gap was a bit smaller—57% for online, 53% for TV—for kids who asked their parents to buy the product for them.

In terms of actual purchases, 43% bought the item with their own money after seeing an online ad, compared to 30% after seeing a TV ad.