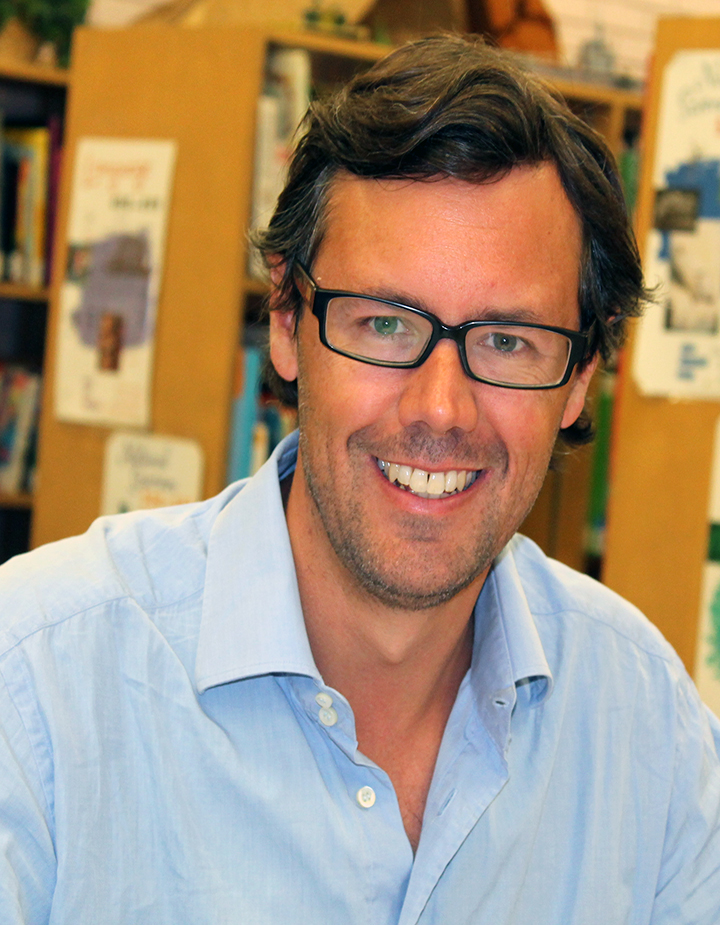 The founder and EP at Awesome Media and its new publishing imprint Awesome Reads delves into how he built the perfect team to take on both books and TV adaptation.

With several successful book titles under his belt—not to mention multiple upcoming TV adaptations and a recent investment from Kew Media Group in his company Awesome Media—Jeff Norton decided now was the time to expand and open a new publishing imprint with an eye towards adapting those titles for TV. But first, he was going to need to assemble the right team to do it.

“What I said as my pitch to people to come on board was: let’s do something a little bit different. Let’s try and publish a very few number of books every year so we can support them over the course of a year or two and really drive this long tail,” says Norton. “Because in children’s publishing, every year the market replenishes itself.”

Awesome Media was originally founded by Norton so he could handle the rights to his own novels, but it then expanded into developing original material for TV and optioning third-party IP. Recently, Canadian studio Kew Media Group acquired a stake in the London-based media company so it could continue efforts to build its creative development and scripted ambitions globally.

Norton isn’t content with just continuing to put out more content, though. The creative incubator has launched a new publishing imprint for young readers that will publish three to four books each year. Awesome Media will then actively be looking to develop those properties for the small screen. The first person brought on board for this new venture is director of publishing Ingrid Selberg.

“One of the things that [Selberg] has always done a great job of in her career, is balancing the B2B elements while recognizing that it’s also a B2C business and you have to be creating things for the end consumer,” says Norton.

Previously, Selberg served as the managing director of children’s publishing for Simon and Schuster for nearly 13 years. Then, in 2015, she started her own consulting company to support publishers, brand owners and licensees on a wide range of publishing and licensing issues. She worked across properties like Thomas the Tank Engine, Pooh, Fireman Sam, LEGO, Bob the Builder, Star Wars, American Girl and Dora the Explorer. Recent clients include Koko Media, CBBC series Pablo and Awesome Media.

“She’s been at the intersection of book and screen and understands what I’m trying to do first and foremost, which is publish great books and make sure the stories themselves work,” says Norton. “But she also has an eye for the bigger picture, which is exploring anything that we’re publishing and making sure we give ourselves the best possible chance of being able to convert that into production as well.”

Selberg and Norton have since brought on Louise Brown (previously at Oxford University Press) as the new head of sales, as well as several new marketing and publicity hires.

“For those roles, it was less about the intersection of book and screen, and more about folks who were well-regarded, had standing in the industry and whose opinion mattered,” says Norton.

It’s not exactly easy to sway talent away from working for big names in publishing to join a smaller imprint that is only going to publish a few titles a year and is, as of right now, unproven. But Norton says that was actually his advantage.

“Even though we don’t have a track record, this idea of experimenting with a different way of publishing books is very attractive and I think has attracted everyone that is on the team because they’ve seen how frustrating it can be in the big publishing companies and to authors when projects slip,” says Norton.

He also points out that Awesome Reads will have a speed advantage over bigger pubs and can bring books to market faster—by six months or even a year—because it doesn’t have a backlog or schedule to consider in the same way.

The next task is to find talented writers to bring on board—including for its upcoming book title Miss B. Haven. Norton has a two-pronged strategy to fill Awesome Reads bookshelves. Sometimes the imprint will be picking up authors with new original ideas, but he and Selberg are also often coming up with book and story ideas themselves. So they will be looking for talented writers who can be handed a story with a bunch of characters and a world that’s already been created. In both situations Selberg and Norton will be using their relationships with literary agents to find the best fit.

So far on the TV side of things, Jane Steventon was recently brought on to handle scripted live-action content adaptations. Best known for her work on kids TV series Tracy Beaker, she has also produced dramas Hollyoaks Later and Casualty.

“A big part of what [Steventon] is brilliant at, is she’s got very broad and deep relationships with screenwriters and television writers particularly in the UK, so she’s able to attach people to our projects,” says Norton.

Even with all of these recent hires and announcements, Norton isn’t done yet. Awesome is currently looking for someone to head up animation for the team. That person could either be based in the UK or in North America.

But the first project that is solely Awesome Reads-driven is the imprint’s launch title Alienated: Grounded at Groom Lake, released earlier this month. The book centers on the only human boy at a school for aliens at the infamous Area 51 US Air Force facility in Nevada. True to its word, the newly-minted publishing imprint is already underway on adapting it for TV.

“We’re absolutely developing Alienated right now, we’ve got the bible but nothing locked in terms of partnerships yet,” says Norton. “We’re out talking to lots of potential co-production partners right now.”

Next up will be more book titles throughout 2019—not too many, though, to stay true to the imprint’s ethos—that the team will be looking to adapt for TV.