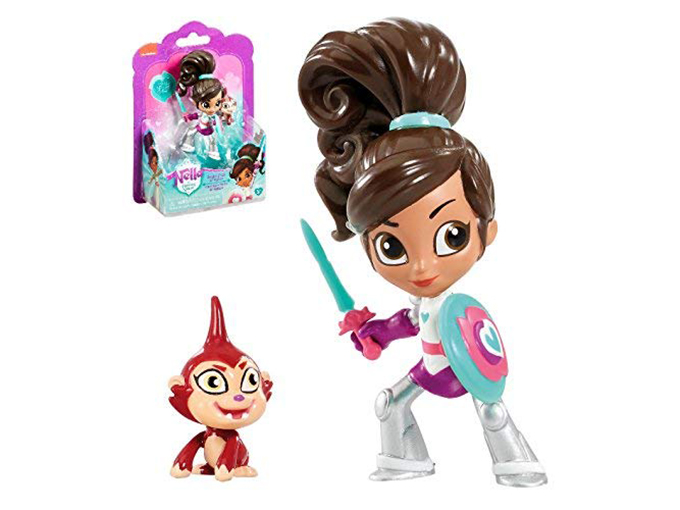 Goliath gets even bigger with new acquisitions

The toy/gaming company has acquired UK-based Vivid Toy Group for an undisclosed amount, as well as Italian distributor MacDue.

Dutch toyco Goliath has acquired the UK’s Vivid Toy Group from Privet Capital for an undisclosed sum, and the merger will kick off with the launch of new games next year.

Known for its work with brands like Crayola, Bratz and Nella the Princess Knight (pictured), Vivid’s core product lines include toys, games and arts & crafts products. Earlier this month, it inked a global licensing deal with Nelvana Enterprises for a new collectible toy brand called UniVersus. In addition to representing global licensing rights in every category except toys, Corus’s L&M arm will produce original digital content inspired by UniVersus for worldwide distribution. An initial run of 20 shorts based on the Vivid toys is in development and heading for launch next fall.

This acquisition of Vivid follows hot on the heels of Goliath buying Italian company MacDue, which distributes brands including Bburago, Maisto and Polistil. And earlier this year, Goliath acquired New Jersey-based toyco Tucker, which is best known for its Phlat Ball line of outdoor toys.