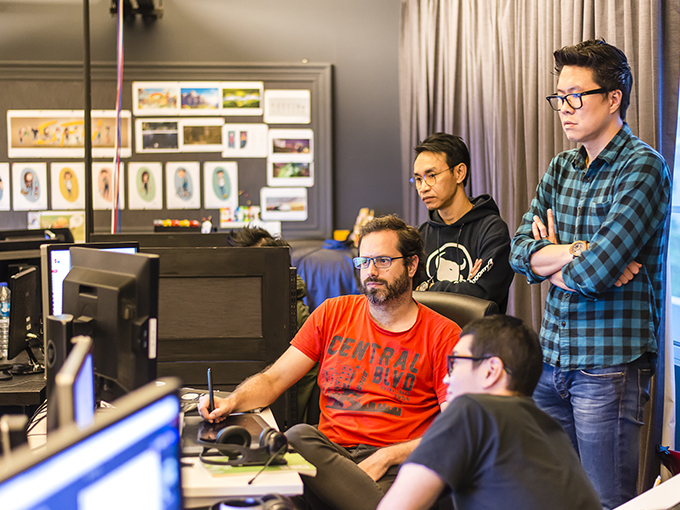 How M2 Animation is expanding its pipeline

Thailand's Picture This rebrands to M2 Animation to align with global offices and prepare for growth.

After serving LEGO almost exclusively since launching in 2011, Bangkok-based CGI animation studio Picture This is ready to step out as M2 Animation and expand into original co-productions for kids and families.

Owned by Danish multimedia giant M2, which has offices in Copenhagen and London, the company’s service work kicked off with LEGO’s Legends of Chima series and was soon followed by the LEGO Friends series, LEGO commercials and LEGO City short films for Netflix.

“It’s been a slow burn to build up a network over a long time. We love LEGO and they are a great client, but we need to grow our own wings. We’re trying to find a way to do both service work and originals,” says head of production Marty Knox. “In [becoming M2] and uniting our offices, we want to project that we’re one organization.”

The company’s Bangkok studio currently houses 200 people, plus freelancers, and it can scale up or down by 10% to 15% as required. Along with CGI and 2D animation, the studio handles all pre-production in-house, including concept art and storyboarding.

“We get the scripts and audio and produce everything up to the final graded picture. We only do color grading in post-production, as the majority of the post work is done by M2 in Denmark,” says Knox.

The company has always been able to work collaboratively across global offices, Knox says. Director Andrew Tan—who came to M2 in January to work on the rebooted LEGO Friends series—heads up the Bangkok office, while executive producer Kirstine Dollerup is at the helm in Denmark, Lotte Kronborg is EP in London, and Tine Bendix handles all global operations as CEO.

As for originals, Knox says the studio is in the early stages of IP development and open to co-production partnerships.

“We’ll be attending markets like the Asian Animation Summit, Kidscreen Summit and Annecy. Plus, we have a presence in LA, and I’ll be going to Korea as there are a lot of great projects there. We’ll also be opening our doors for visitors to check out our studios,” says Knox, adding that the company is even dabbling in game development.

“We’re blessed with an incredible talent base that is brimming with story ideas. And I think the content we create will hopefully appeal more globally, rather than just making the US audience happy.”

In terms of challenges, Knox says constantly improving technology can be difficult for a busy and growing studio.

“Right now, we’re at the tail end of an exciting pipeline upgrade. The challenge is that we’re never not in production, and it’s tricky to do this when a show is in progress.”