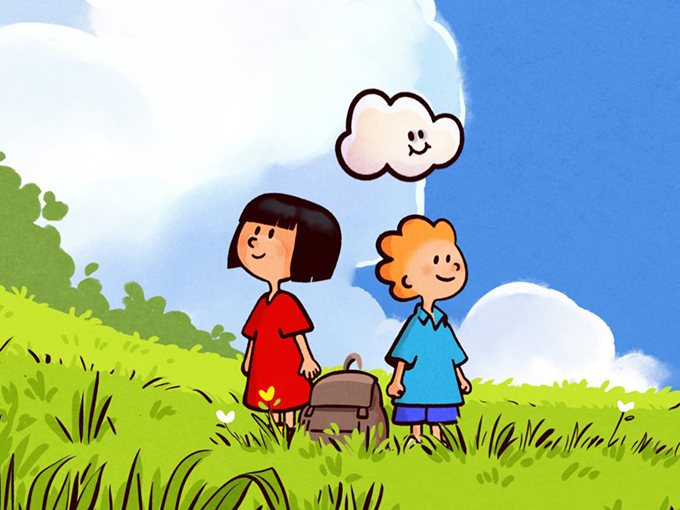 The host country for the second-annual awards in Lille cornered 30 nominations, with three going to TV series Ella, Oscar & Hoo from Normaal Animation.

The European Animation Awards Association’s shortlist for its second-annual Emile Awards is out, and home country France has cornered nearly a third of the nominations with a tally of 30, followed by Germany (18) and the UK (15).

Established in memory of animation industry pioneers Emile Cohl and Emile Reynaud, the Emile Awards will announce and celebrate its winners at a ceremony taking place on December 8 in Lille, France. EAA members will be able to vote online for their favorite nominees in 18 categories from now until November 30.

Among France’s 30 nominations were three for Ella, Oscar & Hoo (pictured) from Normaal Animation, three for Nate is Late from Watch Next Media, and four for feature film Funan, produced by French prodcos Epuar and Les Films d’Ici, along with Belgium’s Lunanime and Luxembourg’s Juliette Films.

The Heroic Quest of Valiant Prince Ivandoe (Cartoon Network Studio Europe in Denmark) and The Highway Rat (the UK’s Magic Light Pictures) each picked up the most nominations in the TV categories with four apiece.

Besides featuring the 18 category winners, the awards ceremony will also host a special screening of Yellow Submarine, directed by George Dunning, and newly restored for its 50th anniversary.

Best Writing in a TV/Broadcast Production

Best Storyboard in a TV/Broadcast Production

Rolling with the Ronks! – Take it to the field—France (Jean-Christophe Dessaint)

The Highway Rat—UK (Quentin Vogel and the Triggerfish animation team)

Best Direction in a Feature Film

Best Writing in a Feature Film