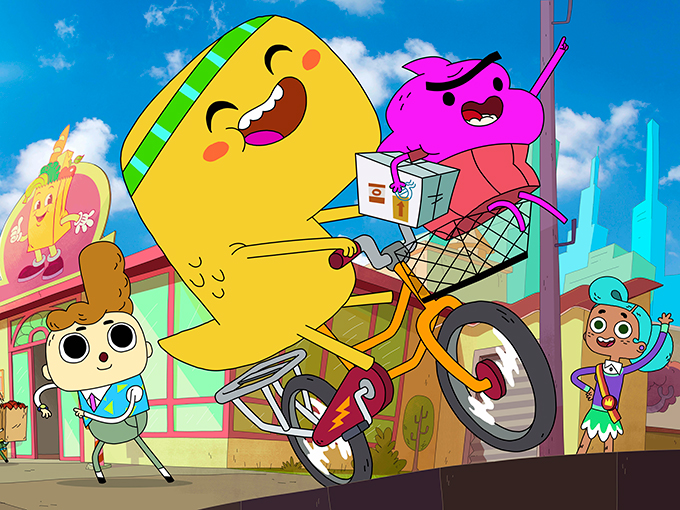 Cupcake & Dino bites into Brazil for its launch

eOne’s new series Cupcake & Dino: General Services is gearing up for a double premiere in Brazil this month, hitting Netflix first on November 13, and then Disney XD two days later.

The animated comedy series for kids ages six to 11 is focusing on Brazil as a launchpad because it was created by Brazilian director Pedro Eboli and is a co-production between eOne and Sao Paulo-based Birdo Studios. (Birdo also recently teamed up with Eboli on animated series Oswaldo, which has been pre-sold to Cartoon Network LatAm for an April 2019 delivery.

Cupcake & Dino‘s episodes are driven by the unlikely duo trying to make a name for themselves in the competitive business of doing odd jobs. The show was picked up in October 2017 as a Netflix Original series, as well as by Teletoon (Canada) and Disney Channels LatAm for spring 2019 launches after the premiere in Brazil.