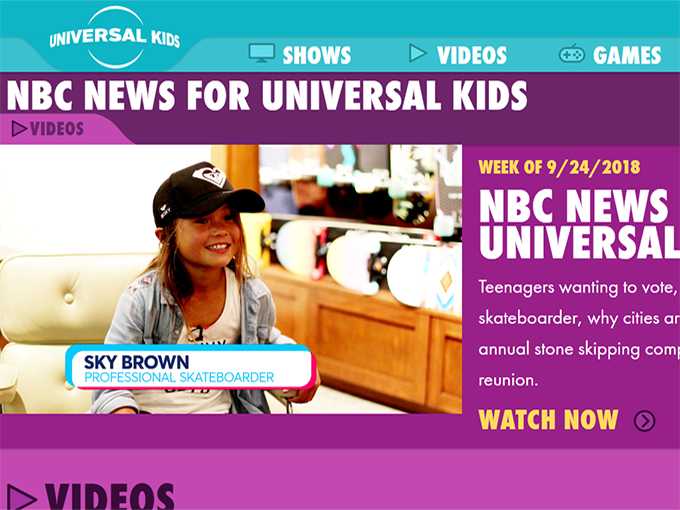 NBC News for Universal Kids will explain current events to children ages six to 12 on a daily basis, kicking off with US election coverage.

This just in: Universal Kids is partnering with NBC News to launch a daily newscast for the six to 12 set. NBC News for Universal Kids will provide information and context about government, society and culture, in an effort to inform kids and help them become more media-literate.

The show will air weekdays on Universal Kids, and it’ll also be available on VOD, TVE, UniversalKids.com and the Universal Kids YouTube page. Initial episodes will focus on government and elections in anticipation of the US midterm elections on November 6, explaining what political parties are, what the midterm election is, what citizenship means, and what the role of the Supreme Court of the United States is.

NBC News for Universal Kids is produced by NBCUniversal News Group’s educational arm, NBC Learn, and hosted by Savannah Sellers, co-host of Stay Tuned and a correspondent for NBC News and MSNBC.

Universal Kids launched in September 2017 when Sprout rebranded to feature dedicated primetime programming for older kids and families for the first time, along with a daily 15-hour block of preschool content.

Factual news programming for kids seems to be increasingly popular right now. UK broadcaster Sky Kids announced just yesterday that it has teamed up with Fresh Start Media to launch a weekly news show called FYI on November 10 for kids ages seven to 12.