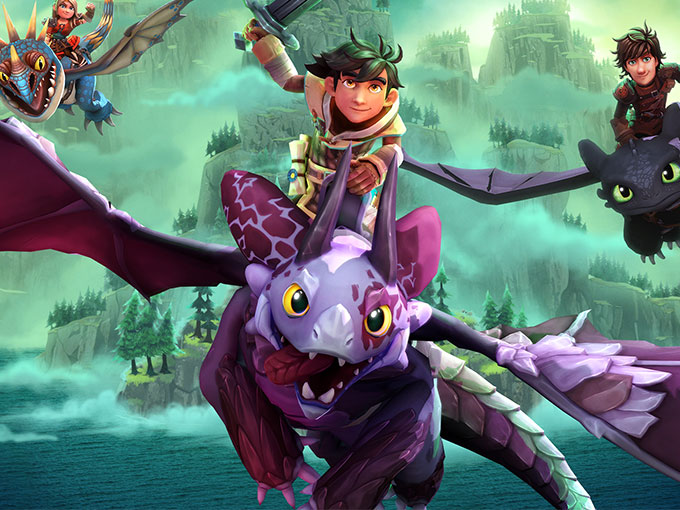 Outright soars with new How to Train Your Dragon game

The UK publisher is creating a video game based on DreamWorks Animation’s movie franchise for PlayStation 4, Xbox One, Nintendo Switch and PC.

London-based Outright Games and Universal Games in California are gearing up to release a new console game based on DreamWorks’ How to Train Your Dragon franchise in February 2019, ahead of the final film in the trilogy. DreamWorks Dragons Dawn of New Riders will be available for PlayStation 4, Xbox One, Nintendo Switch and PC in Europe and North America.

Developed by the UK’s Climax Studios and published by Outright, the game’s story line introduces new characters Scribbler and Patch as they combat evil villain Eir. Players have to go to battle, explore new locations and solve puzzles to save dragons.

Console video games have been a tough sell in the kids market lately, with data from research firm NPD showing that the number of kids playing games on consoles has dropped by 11% since 2013. However, gaming publishers are keeping kids hooked by creating video games based on recognizable licensed properties, and Outright has been quick to capitalize on this. Earlier this year, the game company partnered with Sony Pictures Animation to release a multiplatform game based on Hotel Transylvania 3, following hard on the heels of hooking up with Cartoon Network for a new video game based on its revamped Ben 10 series.