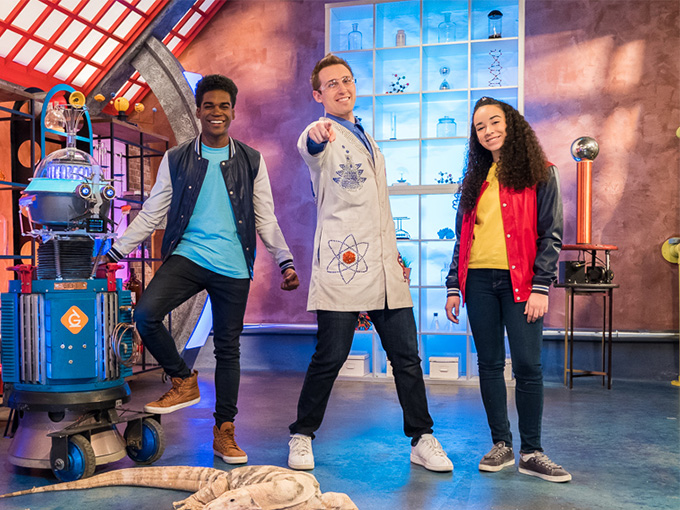 The educational streaming platform hits US elementary schools, bringing an updated take on in-class science videos for this generation.

For many American science students, their educational programming comes from a spritely-looking Bill Nye. While no one disputes the overall awesomeness of The Science Guy, the 25-year-old VHS tapes he appears on may give students and educators pause. Surely, there have to be better options than videos from before the audience was born.

Of course there are. The children’s edutainment market is flourishing, and American K-12 schools are now spending more than US$10 billion a year on educational technology, according to education data management company BrightBytes.

And supplying this influx of technology in schools with fresh content is the raison d’être of Generation Genius. This edutainment company was founded by Jeff Vinkour—a popular American science educator who has appeared on Discovery Channel and NBC, as well as at the World Science Festival—and ex-president of Marvel TV and Animation, Eric Rollman, current CEO of Rollman Entertainment.

“From visiting schools, I noticed that kids are still watching 25-year-old VHS tapes of shows like Bill Nye the Science Guy and Magic School Bus, so we saw an opportunity to make fun, engaging science-based content that teachers could provide for the next generation,” he says.

The company got rolling after raising a US$1.6-million seed round in January through traditional investors and US non-profit the Howard Hughes Medical Institute. A full version of the Generation Genius streaming platform includes activities, quizzes, lesson plans and discussion questions and stopping points for all major school subjects—including science, math, English and history—and is now available to elementary schools across the US.

Its first original live-action series is LAB-ra-kazam!, a 36 x 12-minute science show for eight- to 10-year-olds in grades three to five, made in partnership with the National Science Teachers Association. Starring Vinkour (aka Dr. Jeff), the series covers the Next Generation Science Standards (NGSS), which are required in US schools, and content is aligned to educational standards in all 50 states; 90% of the content is also aligned to learning standards in Canada, the UK and Australia. The service offers a US$95 yearly individual plan, a US$495 yearly school plan and quotes for discounted district plans.

While the company won’t disclose revenue, Rollman says the results are positive. “We have a solid base of early subscriptions from home schools to all the major school districts that are already on board.”

The company is currently developing a second 36 x 10-minute season of LAB-ra-kazam! for younger kids ages five to seven that will launch next fall, and plans are afoot to produce a third season for kids ages 10 and up. More subjects will be added over the next two years and the focus will remain on originals.

“We won’t be acquiring content. Everything is first-run and original, but we are open to talking to people. You never know where it could lead,” says Rollman.

For parents concerned that kids will binge content in school like they do at home with Netflix, Rollman says they needn’t worry.

“In a classroom setting, kids can absorb the content in smaller bites because it’s presented on a weekly basis by a teacher in line with the curriculum. But we hope they go back for repeat views.”