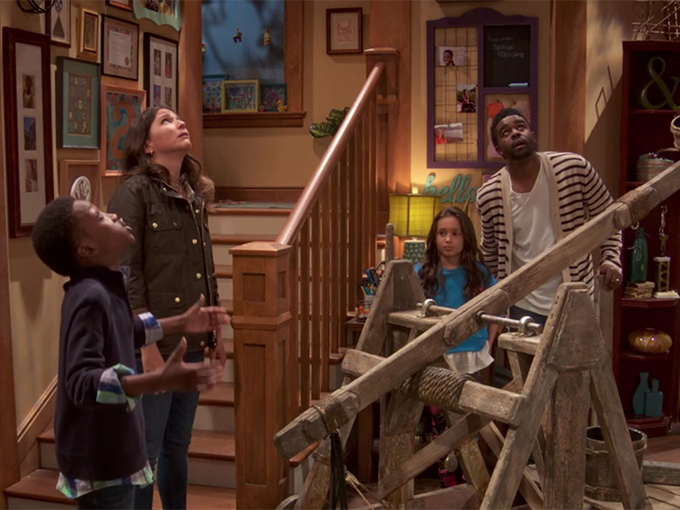 The House of Mouse has ordered Just Roll with It, an interactive series that blends scripted and improv comedy with help from the audience.

Disney Channel has greenlit Just Roll with It, a new family sitcom that melds both scripted and improv comedy. Produced by Kenwood TV Productions, with Adam Small and Trevor Moore serving as executive producers, the hybrid comedy is the first of its kind for the House of Mouse.

The inventive series centers on a blended family navigating the unexpected things that come up in life—cue improvisation. At the sound of a horn, members of the cast return backstage and the audience submits an electronic vote out of three options for how the scene should end. The cast then returns to the stage to improv the scene the audience has chosen.

Just Roll with It‘s showrunners also executive produced Walk the Prank, which debuted on Disney in 2015 and was greenlit for a second season in 2016. This series blends scripted comedy and hidden-camera pranks and was Disney XD’s top show on VOD and its app, with 21 million engagements and more than 100 million total US viewers last year.