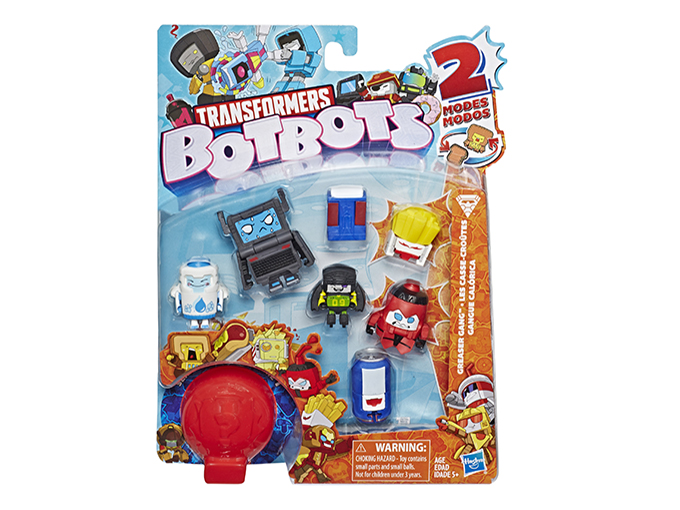 The toymaker anticipates as much as US$60 million in charges related to severance and other employee costs, as its net revenue dips to US$1.57 billion.

Hasbro has reported a 12% decline in Q3 2018 net revenue, to the tune of US$1.57 billion. The US toymaker attributes the shortfall to lost Toys “R” Us revenue in the US, Europe and Asia Pacific. Net quarterly earnings  were US$263.9 million, compared to US$265.6 million last year.

Many toycos continue to struggle in the aftermath of the liquidation of Toys “R” Us in the US and multiple global markets. Hasbro previously attributed decreases in Q1 and Q2 to the shuttering of the retail giant.

Last week, Hasbro confirmed plans to make “meaningful organizational changes” that will affect a single-digit percentage of its global workforce. The company expects to incur around US$50 million to US$60 million in pre-tax cash restructuring charges related to severance and other employee costs for implementing this strategy. Fellow toyco Mattel announced it would cut more than 2,200 jobs after its worldwide net sales declined 14% to US$840.7 million in Q2 2018.

Q3 2018 net revenue for Hasbro’s Franchise Brands segment fell 5% to US$847.7 million. Growth in Monopoly, Play-Doh, Magic: The Gathering and Baby Alive was offset by declines in Nerf, My Little Pony and Transformers. The Transformers brand is expected to drive growth this holiday season, however, as Hasbro focuses on upcoming feature film Bumblebee. Additionally, the toymaker has launched a new Transformers-themed collectibles range called BotBots (pictured), featuring 61 characters that change from ordinary objects into tiny robots in three to five steps.

The company’s Partner Brand segment contributed lower net revenue of US$305.8 million (down 37% compared to Q3 2017), despite growth in the Beyblade and Marvel brands.

Hasbro Gaming stayed relatively steady in Q3 at US$280.8 million, while the Total Gaming segment—which includes all gaming revenue for brands like  Magic: The Gathering and Monopoly, which are featured in the Franchise Brands segment—grew 5% to US$447.8 million.

Growth by Lost Kitties, Lock Stars and Yellies was behind a 2% boost for the Emerging Brands segment to US$135.3 million. And Hasbro’s Entertainment and Licensing business grew 45% to US$84.8 million, due to a multi-year digital streaming deal for Hasbro television programming and revenue from the 2017 film My Little Pony: The Movie.