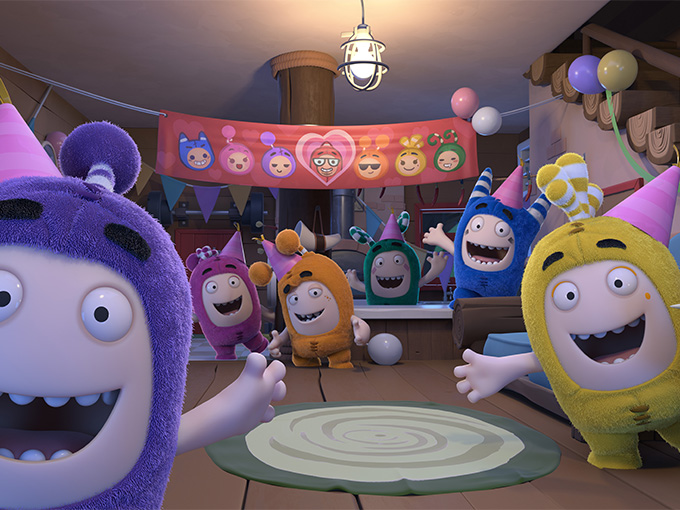 The second season of One Animation's show will bow globally on Netflix, while short-form content and specials are set to launch with Hulu in the US.

Singapore’s One Animation has inked a raft of new broadcast deals and renewed existing partnerships for season two of its series Oddbods.

Netflix has inked a global agreement to stream the show’s new 60 x seven-minute season as well as a Halloween special and a Christmas special. The series about seven playful pranksters debuted with the SVOD giant last year in North America, Latin America, Europe, the Middle East, Africa, Australia and New Zealand.

In a new deal, US entertainment giant Hulu will air Oddbods short-form content and three 22-minute specials across its US streaming services.

Brokered by The Story Lab China, One Animation has also inked a deal with Chinese digital platform Mango TV for the second season and a Christmas special, which will reach more than 150 million viewers throughout China.

The second season will also bow on ITVBe (UK), and Cartoon Network and Boomerang kids (Latin America, EMEA) snapped up season two when it was announced. Other international broadcasters who have inked deals for Oddbods content include Canal Plus, Canal Play, Teletoon, TF1 (France) and VTR Comunicaciones (Chile).

Oddbods currently airs in more than 180 countries. Earlier this month, One Animation partnered with US musical group Kidz Bop for exclusive music videos based on the property.