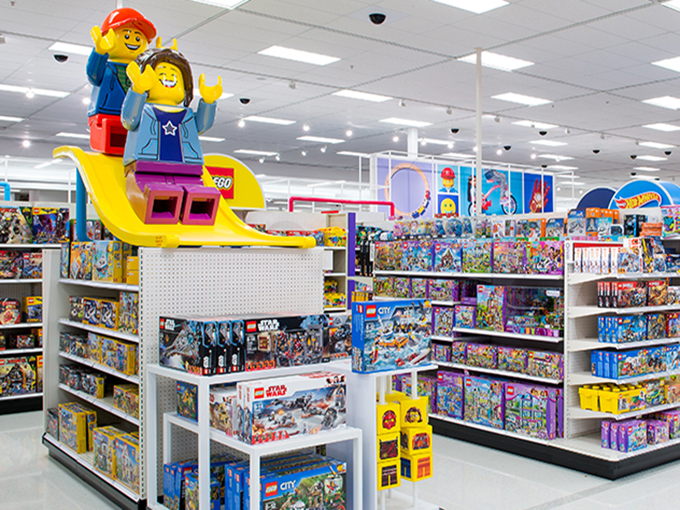 The retailer is reallocating nearly six acres of space to toys in around 500 locations, with stores boasting larger displays and interactive play experiences.

Target is launching a new retail strategy in anticipation of the holiday season.

The retailer will reallocate space across nearly 500 stores in November to make more room for its toy offerings. Altogether, Target will dedicate almost six acres of additional retail space to toys.

More than 100 of the company’s remodeled stores will feature updated toy experiences, including a new layout, bigger displays and interactive play opportunities. The kids’ book department has also been moved to sit next to the toy department for easy navigation.

Target’s catalogue will be available in homes next week and in stores on October 28. The catalogue features more pages dedicated to toys than in 2017 and also includes scanning technology that allows users to add products directly to their shopping cart from the catalogue using the Target app.

The retailer will also be hosting more family-friendly events at locations across the US throughout the holiday season.

Additionally, Target previously announced that it would expand its toy offerings with more than 2,500 new and exclusive items available in stores and online.

The announcement of Target’s new strategy comes just days after Sears Holdings Corporation filed for bankruptcy protection. The company’s Sears and Kmart stores remain open, though it announced that 142 unprofitable stores will close later this year.

In March, New Jersey-based retail giant Toys “R” Us began the process of shuttering its US operations (resulting in the closure of more than 700 remaining stores and leading to an estimated 300,000 job losses).