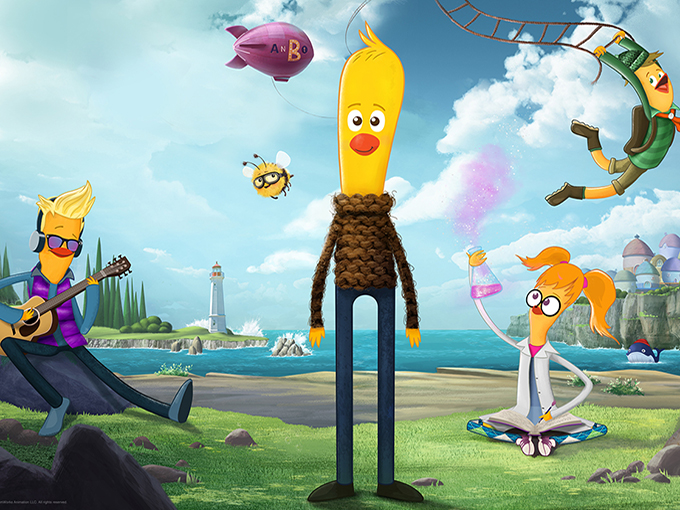 Archibald’s Next Big Thing (pictured), Gabby’s Dollhouse and Rhyme Time Town will premiere with the streaming giant in 2019 and 2020.

DreamWorks Animation Television is set to launch three new original kids shows with Netflix in 2019 and 2020.

Archibald’s Next Big Thing (pictured) stars Archibald Strutter, a chicken living life one adventure at a time. The comedy is based on the book of the same name by Veep and Arrested Development‘s Tony Hale, who also serves as executive producer on the series, and will debut with the streaming giant next year.

Gabby’s Dollhouse, meanwhile, is a mixed-media preschool series about cat characters living inside a dollhouse. The show was created and executive produced by Traci Paige Johnson (Blue’s Clues, Daniel Tiger’s Neighborhood) and Jennifer Twomey (Blue’s Clues) and will premiere in 2020.

Also launching in 2020 is Rhyme Time Town, a show focused on nursery rhymes and imaginative play that is hosted by a puppy and kitten.

DreamWorks and Netflix have previously partnered on She-Ra and the Princess of Power, Tales of Arcadia: 3Below, Tales of Arcadia: Wizards and the hit Trollhunters series from Guillermo del Toro. The companies have also announced they will launch a teen-focused animated series inspired by the Fast & the Furious franchise next year.