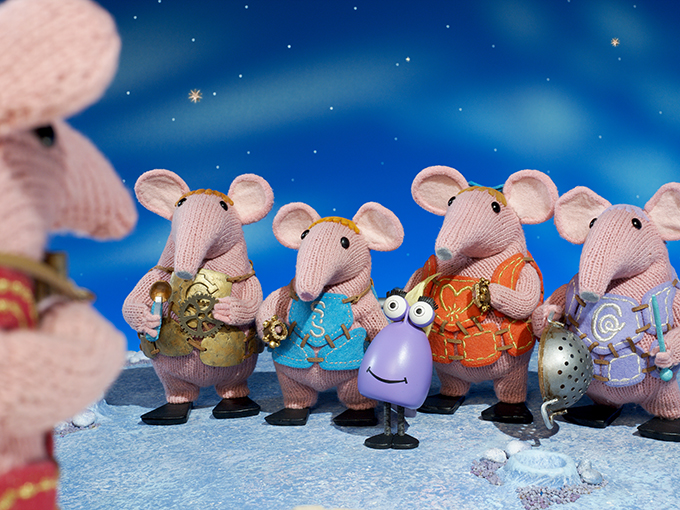 Set to premiere in 2019, CBeebies has ordered another batch of Coolabi’s rebooted series.

UK-based prodco Coolabi has sent a third season of its animated preschool series Clangers into production, with CBeebies committed to airing it in 2019.

Co-produced with Smallfilms, CBeebies and BBC Studios, the latest run of the 26 x 11-minute stop-motion series will bring its total episode count up to 104, and will pay homage to the original series’ moon landing episode.

Next year marks 50 years since the original show premiered. And the revamp that launched in 2015 was renewed for a second season early last year, and has spawned a consumer products program supported by licensees including TY UK for gift plush in the UK and Ireland, and Penguin Group US for picture books in North America. More recently, Coolabi signed a deal allowing digital network WildBrain to produce 10 original Clangers episodes for YouTube.

Narrated by Michael Palin, the show is about a family of pink mouse-like creatures who live on a blue planet in outer space. Season three will be produced in Altrincham, England, with BBC Worldwide handling international distribution.