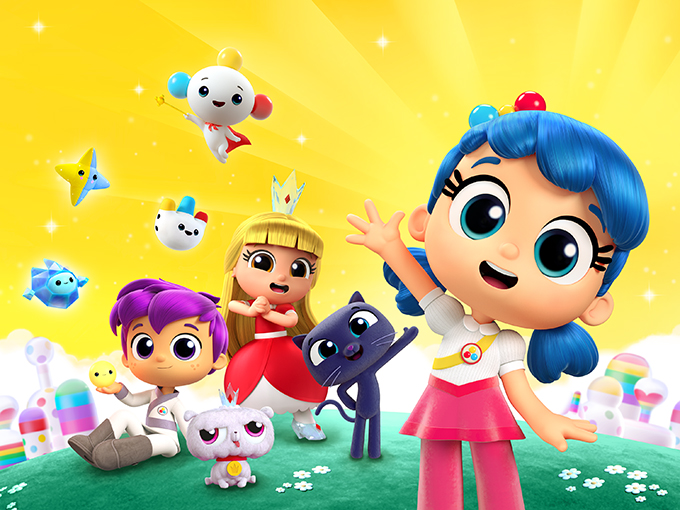 Netflix goes over the rainbow for more True

The fourth season of Guru's animated preschool series will premiere on the SVOD service in 2019 with a mix of new content formats.

Netflix has picked up season four of Guru Studio’s animated series True and the Rainbow Kingdom. The latest order features a mix of new content including seasonal specials, a 44-minute movie and new comedic shorts and musical content—all of which is expected to roll out on the SVOD service in 2019.

Greenlit by Netflix almost a year ago, season three is currently in production. The show debuted in August 2017, and Guru’s merchandising program for the IP is on track to launch this fall, despite its original master toy partner Toy State shutting down earlier this year.

True and the Rainbow Kingdom is a Netflix Original preschool series, produced by Guru Studio in collaboration with Pharrell Williams’ i am OTHER, FriendsWithYou and Home Plate Entertainment. Featuring themes of mindfulness, empathy, imagination and reasoning, it focuses on eight-year-old True and her best feline friend as they solve problems by activating the powers of a wishing tree.