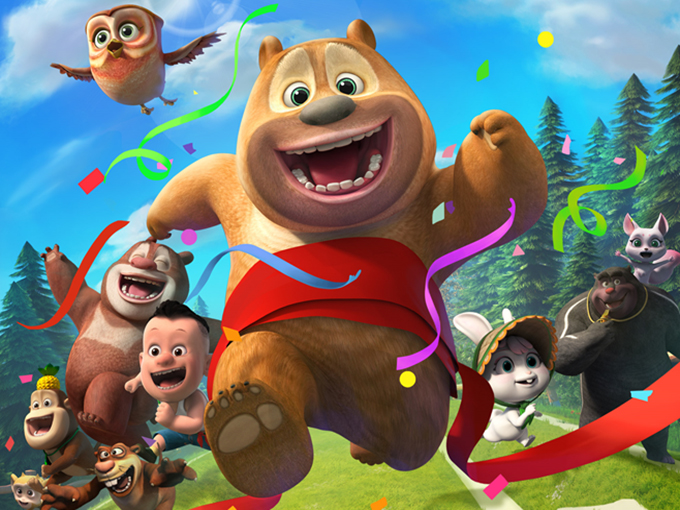 The Chinese company will introduce its new slate—including three new Boonie Bears shows—to the international market at MIPCOM next month.

In the lead-up to MIPCOM, China’s Fantawild has unveiled six new CGI-animated projects, including three series and a movie based on Boonie Bears, one of the country’s most popular cartoon brands.

Announced at the 2018 Fantawild Animation Expo (which takes place at the company’s resort in Zhengzhou), the new production slate offers something for kids of all ages, from toddlers up to older kids and co-viewing families. Boonie Cub Tune Club is a nursery rhyme music video show for infants and toddlers; Boonie Cubs 3 (pictured) features new edutainment episodes for three- to six-year-olds; and Boonie Bears: The Adventurers 2 offers exploration-based comedy for older kids.

On the movie side of the slate, Boonie Bears: Blast into the Past is the IP’s sixth family-friendly feature film, and it will premiere in select Chinese theaters during the 2019 Chinese New Year spring holiday.

Boonie Bears: The Adventurers 2 is set to launch later this year, followed by Boonie Cub Tune Club in Q1 2019 and Boonie Cubs 3 in the first half of 2019.

Fantawild will also be bringing concept videos of its Tiger Team co-production with Zodiak Kids to MIPCOM next month. Based on the bestselling teen novels by author Thomas Brezina, the mystery series features kid detectives Leonie, Luke and Patrick, who travel to new places to solve interesting cases. It’s expected to launch in early 2020.

Rounding out the studio’s slate of new content is all-ages feature film Realm of Terracotta, which will premiere next summer. Based on China’s historical terracotta warriors, the movie is set in a fantastical world and mixes elements of adventure with themes of love, growth, good and evil to recreate the Qin dynasty. Comic books based on the film will launch in the lead-up to its premiere.

Fantawild is owned by Fantawild Holdings, which has 24 theme parks in China, and 10 more on the way in the next five to eight years.