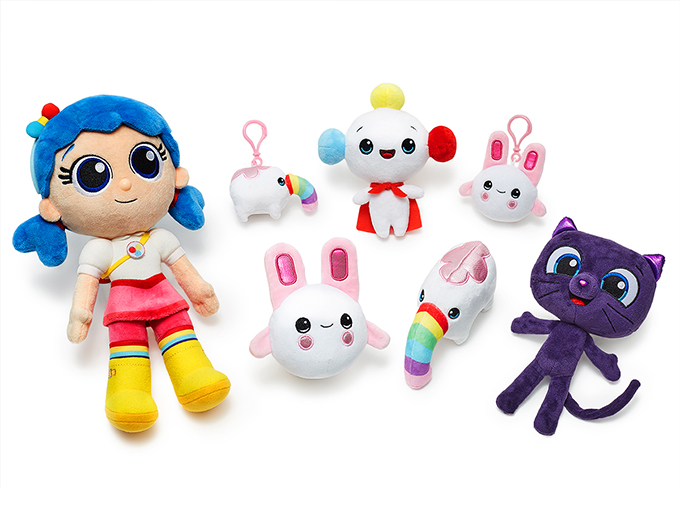 With baked-in collectibility, Aurora World’s range inspired by the Guru Studio preschool series will launch in the US and Canada next fall.

Toronto’s Guru Studio is partnering with Aurora World to develop a range of plush toys inspired by its preschool series True and the Rainbow Kingdom, in the wake of its master toy partner Toy State going out of business in August.

Aurora’s plush line will launch in the US and Canada in fall 2019, aiming to trigger collectibility by highlighting not just the show’s main characters, but also the many Magical Wishes that eight-year-old True makes to help the citizens of the Rainbow Kingdom.

Prior to Aurora’s involvement, Guru had tapped Toy State as master toy licensee for the preschool series, and its product line was to feature collectibles, figures, role play items, plush, playsets and dolls. However, Toy State ceased all trading in August after 34 years in business, citing unavoidable financial circumstances.

Despite the shuttering of its master toy partner, Guru’s merchandising program for the brand is on track to launch this fall, with Toys State’s collectible products hitting shelves in October at Walmart Canada. Halloween costumes are currently available in the US and Canada through Party City and online retailers, and additional licensees include American Marketing Enterprises (sleepwear), GBG Socks (hosiery), Chouette (master publishing) and Bendon (coloring books and art sets).

True and the Rainbow Kingdom premiered globally on Netflix in August 2017. The series is produced by Guru Studio in collaboration with Pharrell Williams’ i Am Other label, as well as fine art collective FriendsWithYou and animation studio Home Plate Entertainment.