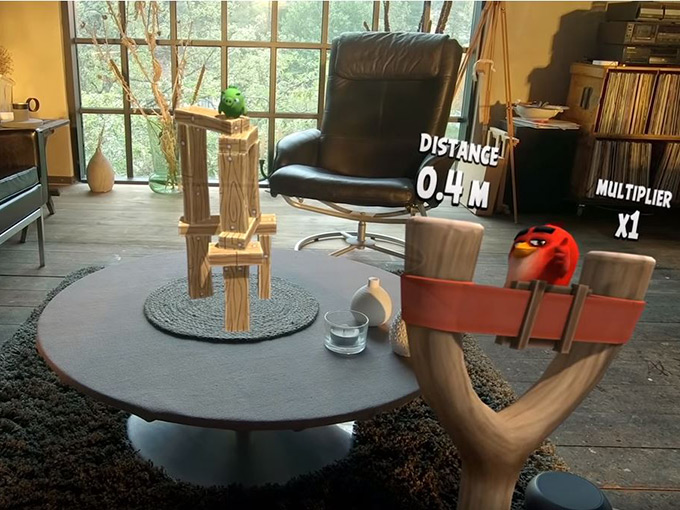 Due out in October, Angry Birds FPS: First Person Slingshot is one of the first games designed for the Magic Leap One Creator augmented reality headset that retails for US$2,295. In the game, players will use a first-person slingshot to shoot animated characters at virtual objects overlaid onto their actual environments; targeting is finetuned using the Magic Leap headset and position-tracked controller.

Rovio announced its intention to launch a mixed-reality game with Magic Leap in May, but few details were available because the headset hadn’t been released yet.

The company’s profitability rose by roughly 75% in Q1 2018, thanks in large part to record revenue from its top game Angry Birds 2 and Angry Birds Friends.

Magic Leap has generated more than US$2 billion in funding to create its headsets and some mixed-reality content to show them off.