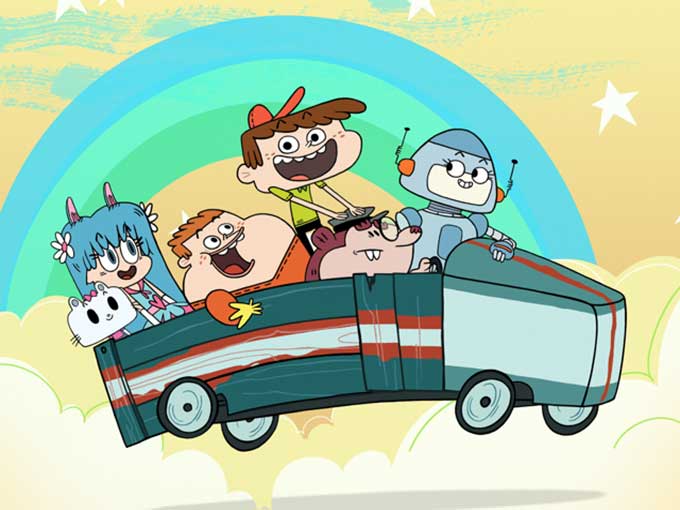 In a deal brokered by distributor GoldBee, Amazon Prime has acquired Sardine Production’s  ToonMarty and will launch the animated comedy this month in the US, the UK, Ireland, Australia, New Zealand and German-speaking territories. France and French-speaking territories will follow next month.

Produced by Sardine in Montreal, ToonMarty was originally commissioned by Corus Entertainment for its French and English Teletoon networks, where it premiered in 2017. The series has since been picked up by Nickelodeon International, France 4, CITV (UK) and Discovery’s K2 channel (Italy).

Set in Toonville (where all cartoons live), the 40 x 11-minute series revolves around local hangout Toonmart, which is where busybody Marty works. It was developed in tandem with an interactive online game entitled Marty’s Special Delivery.

The series is financially supported by the Bell Fund, the Canadian Media Fund, CPTC, the Shaw Rocket Fund and SODEC.