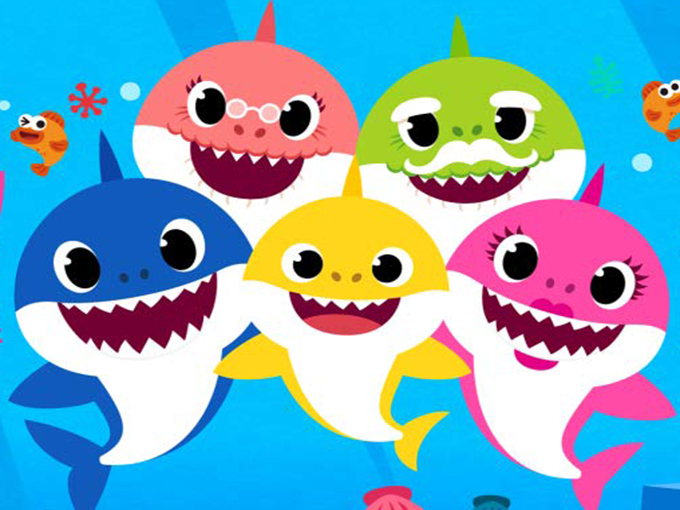 As the kids entertainment company's Baby Shark videos swim further upstream, Jamie Oh weighs in on how to expand a digital brand that goes viral.

For a small brand, the allure of YouTube—where you can make it big overnight off a single inexpensive video—is a massive draw.

Just this year, Joshua Slices’ YouTube hit Lucas the Spider racked up 127 million views and attracted more than two million subscribers, a solid fanbase to support  the launch of apparel and plush, and a TV series and feature film project that are in the works. And then there’s Ryan ToysReview, which has more than 16 million subscribers and upwards of 24 billion views, sturdy enough foundation for its new toy and apparel line at Walmart.

But building a brand from online fame is never simple—figuring out the best next step to capitalize on a video that’s gone viral, without missing your narrow window for doing so, requires perfect timing and balance.

With more than a billion views for its “Baby Shark” video, South Korea’s Pinkfong is the latest player attempting to run this tricky gauntlet—with a strategy that will see the famous family of sharks hitting the market in TV series, a feature film, apps and consumer products.

“With the enhanced brand awareness for Pinkfong and Baby Shark, we will be able to penetrate additional international markets, as well as produce completely separate properties that do well on their own” says Jamie Oh, director of marketing for Pinkfong.

“Baby Shark” was an overnight hit with kids in Southeast Asia after it was first uploaded on Pinkfong’s YouTube channel in 2015 as part of an Animal Songs album. But it really just took off in North America last month, when Pinkfong re-released the song in a new video for the Baby Shark Challenge, asking people to post videos of themselves doing their own versions of the fishy dance. There are now more than 88,000 Instagram posts with the tag #BabySharkChallenge, and Pinkfong’s YouTube channel has accumulated 10 million subscribers.

Beyond YouTube, the video has even managed to hit and climb the music charts this summer. Due to its intense popularity, “Baby Shark” reached number 37 on the Official Singles Chart Top 40 a few weeks ago.

To stretch out the fervor for “Baby Shark” and help it resonate with a bigger audience, Oh says Pinkfong published the song in 10 different languages and has more than 100 versions of the song in different beats and genres. There are even two versions for major holidays such as  Valentine’s Day, Halloween and Christmas, one featuring traditional Korean instruments and the other an EDM (electronic dance music) recording.

To leverage its success in Asia, Pinkfong has moved Baby Shark into live events with ticketed and free touring concerts. The stage show just launched in Korea and Malaysia, and is set to debut in Singapore in November.

“It has become a meaningful source of revenue for our company,” Oh says.

And Pinkfong has big-screen aspirations for the property in the works as well. The company is currently looking for international co-production and distribution partners in Europe, North America, Asia and MENA for a 60-minute Baby Shark movie.  Scheduled for a 2020 release, the pic will introduce a story starring the famous family of sharks that will help the audience connect with the IP on a deeper level.

SmartStudy is also using the success of Baby Shark to jump-start other projects, including new IPs currently in the pre-production stage.

About 70% of the company’s US$23.7 million in 2017 sales came from digital content distribution across its channels and apps. SmartStudy is banking on the Baby Shark build-out to pay off in 70% sales growth this year.

As part of its foray into the North American market, Pinkfong opened an online Amazon shop with merchandise inspired by the family of sharks, including plush, activity and sound books, apparel, accessories and tech accessories. It also partnered with US-based kids reading app Epic! and launched a Shopee store with similar products to cater to its Asian consumers.

Pinkfong also recently partnered with Canadian toyco WowWee for a product line that will launch at retail next fall. Initial SKUs will be revealed at the Hong Kong, London, Nuremberg and New York Toy Fairs.

SmartStudy is now looking for new licensees in toys, books, food and beverage, kids apparel, hygiene and diapers. In the past, Pinkfong has partnered with LG Household and Health Care for similar products, and with Nestle and Baskin Robbins for desserts in Malaysia and Korea.

Hoping to strike gold twice, Pinkfong is hoping one of its new songs, “Monkey Banana,” will catch on. So far, the video has amassed 1.7 million views.

“Just like with Baby Shark, we aren’t doing anything specific to make it go viral,” says Oh. In fact, Pinkfong recommends that companies who are seeking this kind of online heat focus on creating content about universally shared experiences that transcend cultures and regions—rather than just on the desire to go viral. “We focus on creating content that kids want to see, and that families will find fun.”