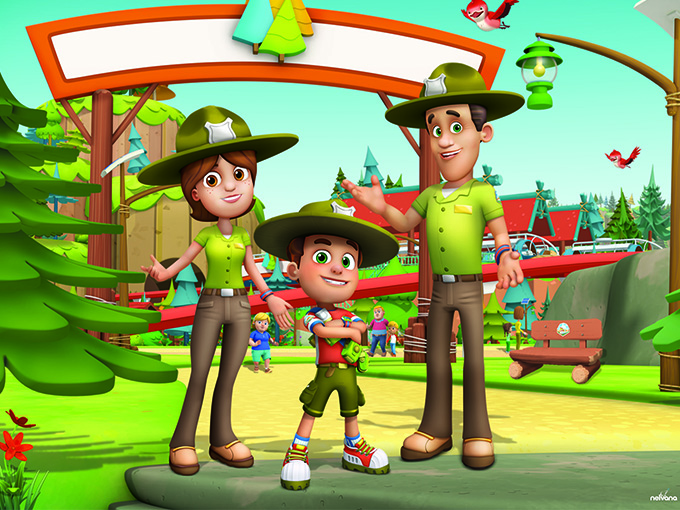 The companies have inked a multi-year home entertainment deal covering more than 3,000 episodes of Nelvana's content, including Ranger Rob (pictured).

Some of the series included in the deal are Babar, Babar and the Adventures of Badou, Bakugan Battle Brawlers, Ranger Rob, 6Teen and Little Charmers.

To kick off things off, Cinedigm is planning to release Babar and Father Christmas, Babar: King of the Elephants, Babar: The Movie, Franklin and the Turtle Lake Treasure and Pippi Longstocking for paid digital download in November, followed by the DVD release of Nelvana’s Disney Channel series The ZhuZhus.

Cinedigm has also renewed its streaming rights to six Nelvana series, including Babar and Maggie and the Ferocious Beast, for its Dove Channel and ConTV streaming networks.

This agreement with Cinedigm is rolled up into Nelvana’s efforts to broaden its digital reach in North America. Earlier this year, the studio’s Esme & Roy co-pro with Sesame Workshop was picked up by HBO (US) and Treehouse (Canada), as part of an exclusive deal between Corus and Sesame.