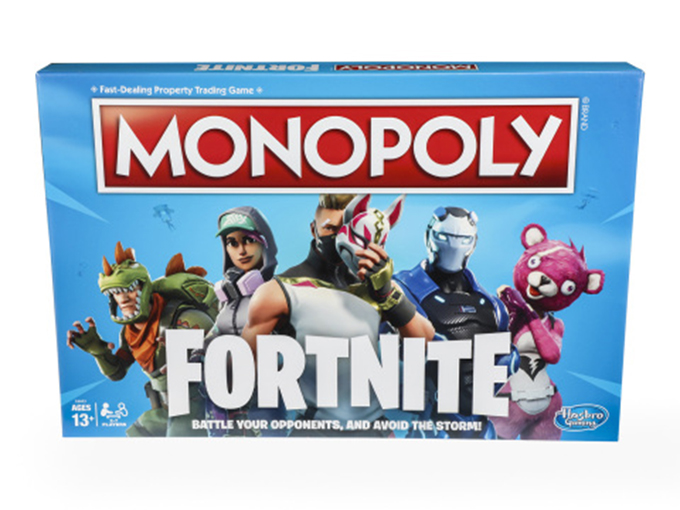 Hasbro gets in the Fortnite game

The toymaker has partnered with Epic Games to launch NERF blasters and a Monopoly game inspired by the hit Fortnite franchise.

Another day, another Fortnite deal. Epic Games has inked an agreement with Hasbro to launch a range of play experiences inspired by the hit gaming franchise, including licensed NERF Fortnite blasters and a Monopoly: Fortnite Edition Game (pictured).

The NERF products will help kids emulate the game’s onscreen battles when they hit shelves next year. And Monopoly Fortnite is set to launch in the US and UK this fall, before rolling out to additional markets in 2019.

The deal was brokered by IMG, Fornite’s exclusive worldwide agency for consumer products licensing and promotion. And it comes on the heels of a string of new licensee announcements made in recent weeks,  including McFarlane Toys (toys), Spirit Halloween and Spencer’s (costumes), Moose Toys (collectibles) and Jazwares (toys).

Fortnite: Battle Royale drops 100 players onto an island, where they can fight it out in a battle royale or team up to defeat a horde of monsters. It crossed the US$1-billion revenue mark in July, and according to recent data from The NPD Group, the property contributed to a 40% increase in consumer spending on video gaming in the US for the first half of 2018 (to the tune of US$19.5 billion).