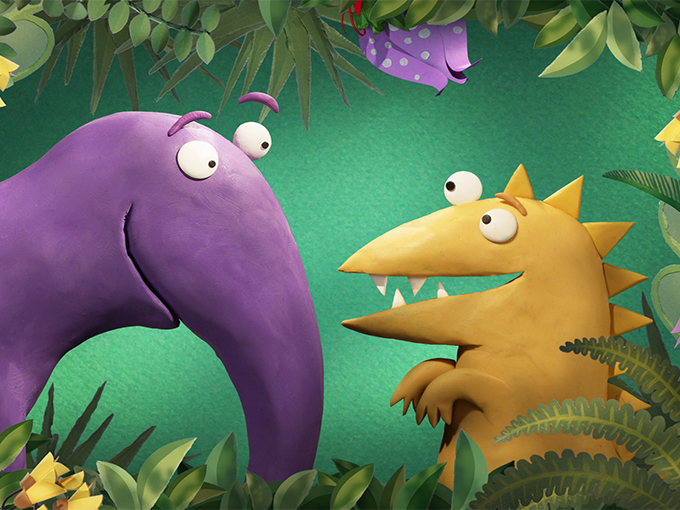 CAKE scoops up Kiri and Lou

The distributor will debut the new paper and clay stop-motion series in New Zealand, Canada and Greater China next year.

London-based distributor CAKE has picked up international rights to stop-motion series Kiri and Lou. The 52 x five-minute preschool show will debut at MIPCOM in Cannes next month, and is already set to air on TVNZ (New Zealand) and CBC (Canada) next year. Wow Dadi (Greater China) has rights to the show as well.

Featuring paper and clay stop-motion animation from Antony Elworthy (Coraline, Corpse Bride), Kiri and Lou is written and directed by Harry Sinclair and co-produced by Fiona Copland from indie prodco Stretchy and Heather Walker at  Yowza! Animation (Curious George, Welcome to the Wayne). Aimed at three- to six-year-olds, the show focuses on the friendship of a feisty dinosaur and a gentle creature—who are joined by an unlikely group of animal friends.

Kiri and Lou will join My Knight and Me, Kally’s MashUp and Pablo in CAKE’s portfolio.