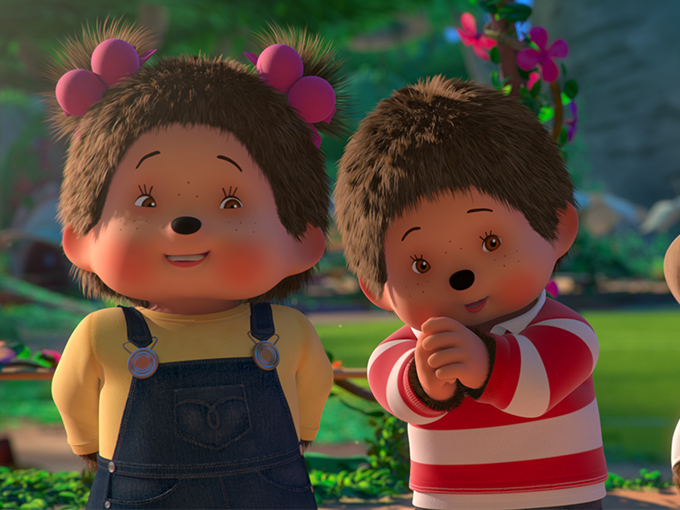 Ypsilon Licensing (Spain) and Monco Creation Limited (China, Hong Kong and Taiwan) have joined the brand team as licensing agents alongside existing partners Maurizio Distefano Advisors (Italy) and Plus License (Russia, CIS and CEE), both of which recently brokered deals for Monchhichi-inspired food lines in their territories.

In France, TF1 Licenses—the distribution and publishing arm of TF1—has recently signed steakhouse Buffalo Grill for a month-long promotion this fall, as well as Ravensburger (puzzles and games) and M.L.P. (apparel).

PGS Entertainment is the exclusive distributor for Monchhichi outside of France, and has brokered new broadcast deals with Canal Panda (Spain), Frisbee (Italy), Karusel (Russia) and Spacetoon (the Middle East) to put the series on more screens this fall and into early next year.

Master toy partner Silverlit is also rolling out a new toy range in the EMEA for Q4 that includes figurines, playsets and a play car. Lead toy products debuted in France, Benelux and Switzerland last spring, along with a publishing line from France’s Les Livres du Dragon d’Or and PKJ.