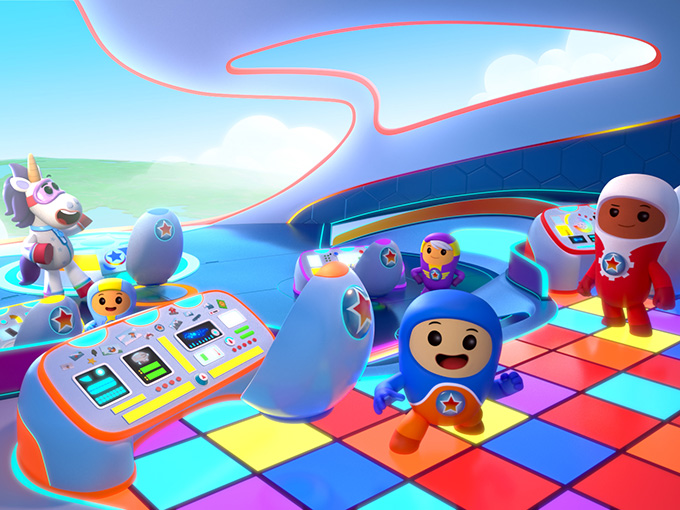 BBC is diving into the voice-activated space with the launch of three new games powered by Amazon Echo smart speakers. Inspired by CBeebies properties, Little Monster’s Hide and Seek, Andy’s Adventure Dance Party and Go Jetter’s Glitchy Facts (pictured) can be activated by anyone with an Amazon Echo device when they say “Open CBeebies” and then choose a game to play.

In Little Monster’s Hide And Seek, players guide lead character Justin by listening to and identifying sounds to help him find where the little monsters are hiding. For the Dance Party activity, kids can either dance along to songs about animals, dinosaurs and prehistoric creatures, or roar and have Andy from Andy’s Adventure pick a song for them, teach them dance steps for a rap about creatures. Meanwhile, the Go Jetters’ game trains kids to become Go Jetters themselves by passing quizzes.

Voice assistants have become incredibly popular over the last year or so, especially with kids. The US Family Online Safety Institute found (in an Amazon-backed report) that nearly one in four parents have a smart speaker in their home, and 94% who have one are comfortable with their child using it. Earlier this year, Amazon released a child-friendly version of the Echo device—The Echo Dot Kids—that includes Amazon FreeTime Unlimited content and parental controls. Disney, Sesame Workshop, LEGO, Nickelodeon and National Geographic are just a few of the companies that have jumped on making content for the device.