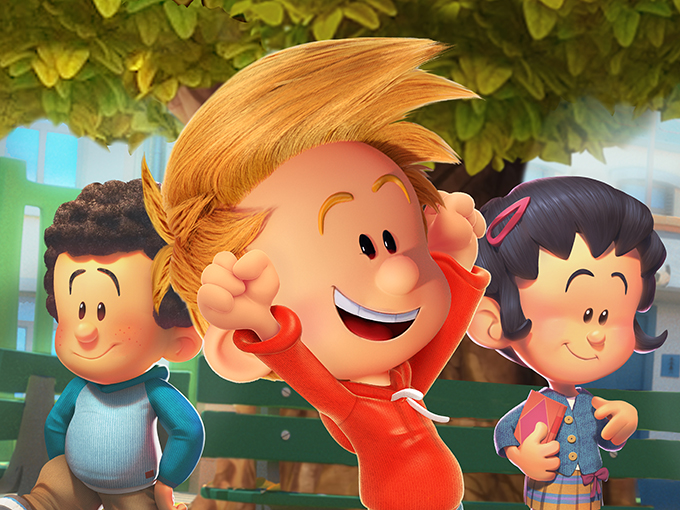 First up and beginning production this month with French broadcast partner M6 on board is Joker Joe (pictured), a 52 x 11-minute animated comedy based on a successful line of comic books by Thierry Coppée.

This will be followed by a pair of shows slated for production this fall—52 x 13-minute adventure series Osmond, and 65 x five-minute preschool series Ana & Froga. Atmosphere is currently finalizing development on Osmond with France Télévisions and an as-yet-unnamed Chinese partner. The French pubcaster is already attached to Ana & Froga, along with BBC Worldwide. This series is a former Cartoon Forum selection about a quirky, problem-solving girl and her blundering amphibian friend.

Production will also begin on three more series in 2019—52 x 13-minute action/comedy My Spooky Family, 52 x 11-minute Kid Paddle, and 52 x 13-minute adventure series Octopus’s Garden, which is based on a popular children’s book and the eponymous Beatles song by Ringo Starr.

This co-pro partnership with Superprod marks the first slate news from Atmosphere since former TV-Loonland CEO Peter Voelkle opened the company in February to develop, produce and co-finance animated series and films from offices in Zurich, Berlin and New York.

Atmosphere is part of the Atmosphere Group–a media and technology holding company founded by Voelkle. It also plans to develop new VR and AR projects.