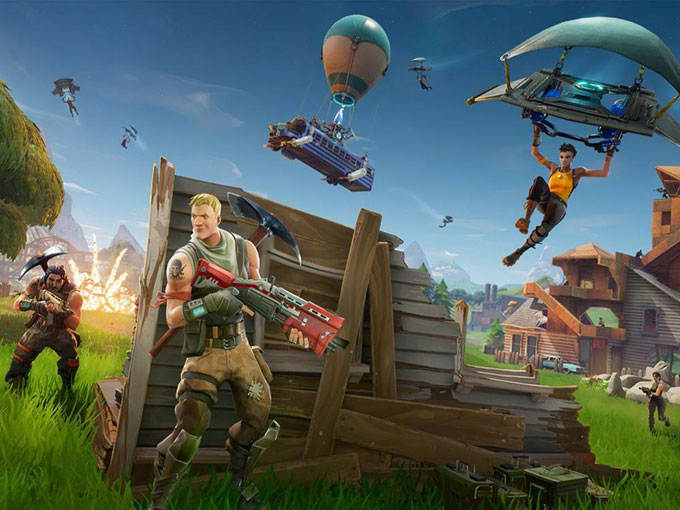 According to new data from The NPD Group, kid-friendly franchises Fortnite and Roblox contributed to US$19.5 billion in total consumer spending on gaming.

New data from The NPD Group shows that total consumer spending on video gaming in the US totaled US$19.5 billion for the first half of 2018, up 40% compared to the same period last year.

Video game content sales increased 43% to US$16.9 billion, with growth in all categories—including full-game, DLC/MTX, subscriptions and mobile. Mobile games experienced the biggest surge in the January-June period.

Software titles with the most positive impact on sales include kid-fave franchises Fortnite (pictured), Roblox and Candy Crush. Fortnite: Battle Royale launched on Microsoft Windows, macOS, PlayStation 4 and Xbox One in September before making its iOS debut in April. Since premiering, the game has blown up at retail, generating US$233 million in revenue in March alone, 73% more than the month before. In fact, without Fortnite, console gaming would have declined by 6% for the period, year over year. The game franchise crossed the US$1-billion revenue mark in July, helping overall video game spending grow to US$9.1 billion in June, which represents a 15.2% increase over the previous year.

To capitalize on the success, Epic Games has inked a raft of licensing agreements for the property spanning toys, costumes, collectibles and game-replica weapons. Fortnite was also named the 11th most-popular brand among US kids ages six to 12 in youth and family research firm Smarty Pants’ 2018 Brand Love Study.

Roblox, meanwhile, has been taking full advantage of its own success by inking licensing deals with Jazwares (toys) and Bioworld (apparel). The online multiplayer game platform also recently teamed up with Universal Brand Development to launch a coding initiative inspired by Jurassic World: Fallen Kingdom. Creator Challenge is a self-paced online program designed for kids with no experience in coding.

NPD’s report also found that spending on video game hardware hit a seven-year high in the first half of 2018, increasing by 21% to US$1.7 billion. Gaming platforms such as Xbox One, as well as plug-and-play devices like Nintendo’s Super NES Classic Edition, contributed to the growth in hardware sales. And accessory sales were up by 41% in the same period.

Earlier this year, data from NPD showed US video game sales had reached its highest January gains since 2011, growing 59% to US$1.1 billion. Hardware spending jumped the most, achieving a 119% increase and US$278 million in sales, driven primarily by strong performances by Nintendo Switch, Xbox One and Sony PlayStation 4.