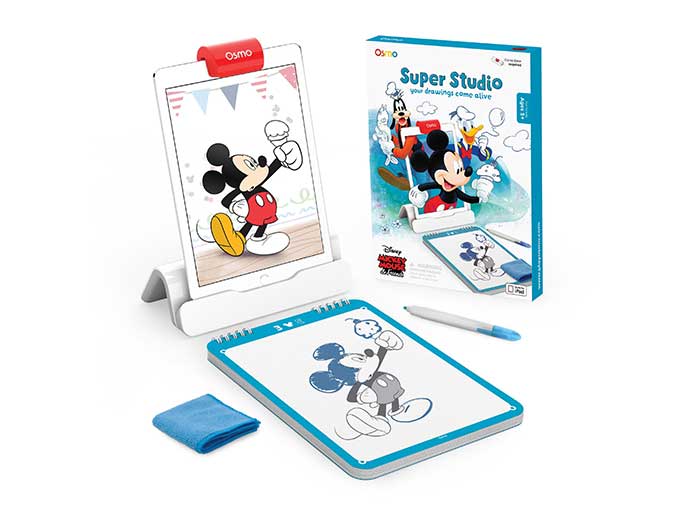 The House of Mouse has partnered with the tech startup to create an animation studio for kids, and is releasing more than 50 soundtracks on Prime Music.

The new tech kit combines digital and hands-on play through an iPad to bring drawings to life. After kids create characters in the studio on the iPad, they are animated by way of Osmo’s Reflective AI technology. The user can control what happens next by answering yes or no questions, and as the story progresses, the characters will ask for tools, toys, scenery and snacks to build out their worlds.

Aimed at children ages five and up, the kit is available as an add-on to existing Osmo sets for US$19 and can be purchased through Osmo’s site, Amazon, Target and Best Buy. A Super Studio Kit including the Osmo iPad Base and all of the tech needed for the new release is available at Apple Retail Stores for US$59.

Osmo previously received US$24 million in a Series B funding round from Mattel, Houghton, Mifflin Harcourt, Collab+Sesame and Shea Ventures that it used for collaborations including a Hot Wheels AR game with Mattel.

In other Disney news, the House of Mouse has signed a deal with Amazon music to make more than 50 soundtracks available, covering animated classics and Pixar films, plus select titles from Disney Junior, Marvel Studios and Lucasfilm.

Spanning nine decades of Disney music magic, all of the albums are available to stream on Prime Music for the first time in the US and the UK.