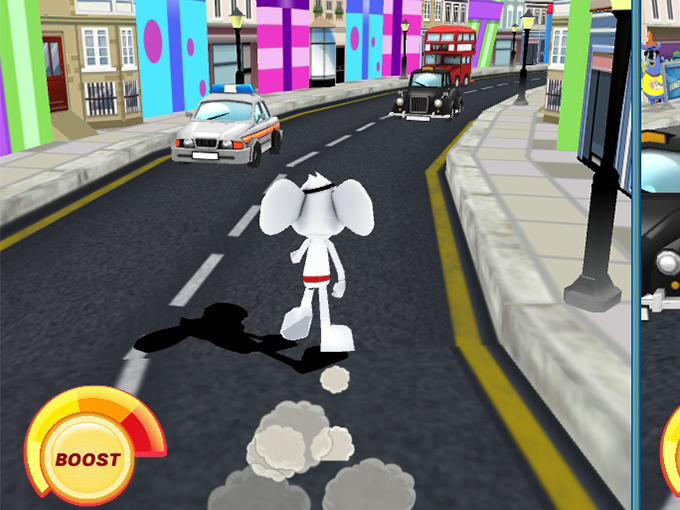 Becoming one of the first games to allow cross-play between Switch and smartphone players, The Danger Games will debut next month.

Boat Rocker Media’s animated series Danger Mouse is about to get a little more digital, with The Danger Games launching on Nintendo Switch next month.

Switch console players can compete against smartphone app players, making this game one of the first to enable cross-play between these two user groups. Originally released as a mobile app, the Switch version of Danger Games offers more variety in gameplay and allows four players to race simultaneously on one console.  It will be available for US$4.99 in the Nintendo eShop starting September 13.

The game is based on the 26 x 11-minute action-adventure series Danger Mouse, which CBBC revived in 2015 after a 22-year hiatus. The show has sold to broadcasters in more than 100 territories and is also available on Netflix in North America, Latin America, Benelux, the Nordics, Poland, Italy and Japan. In early 2018, Toronto’s Boat Rocker acquired the assets of FremantleMedia’s kids and family entertainment division, including Danger Mouse.

Nintendo Switch is one of the fastest-selling home video systems in US history. Its software sales grew 90% in May, marking the highest software revenues for any Nintendo platform in that month since the Nintendo Wii in 2011. The console is ranked 21st on research firm Smarty Pants’s 2018 Brand Love Study of the most popular brands among US kids ages six to 12. To date,Switch has sold more than 19 million units.