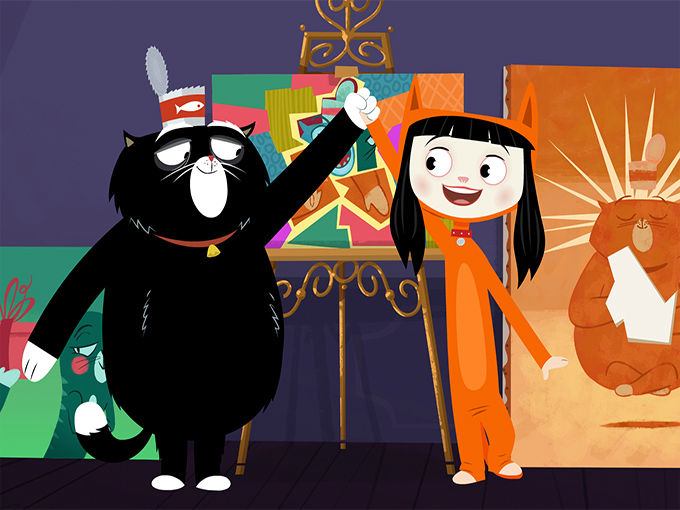 Kitty is Not a Cat poised to pounce in China

The hit animated series from Australia's BES Animation will soon debut in China, thanks to a digital distribution deal with UniCreative.

Aussie prodco Bogan Entertainment Solutions (BES) Animation has inked an agreement with UniCreative Internet Company to distribute its popular 2D-animated series Kitty is Not a Cat across all major digital platforms in mainland China.

The multi-year deal for the 52 x 12-minute series will see the Chinese distributor manage an expansion strategy for the IP, targeting leading Chinese VOD platforms including Tencent Video, iQIYI and Youku. UniCreative is also charged with selling the show to IPTV, cable TV, digital TV, OTT providers and all mobile platforms in China.

Aimed at six- to 10-year olds, the series centers around a group of stray cats who make it their missions to take care of a little girl in an orange cat suit named Kitty.

Kitty is Not a Cat debuted in May on Australian free-to-air network 7TWO and Seven Network’s streaming service 7PLUS, and it’s now airing in 65 territories on networks including Disney Channel and Italy’s DeAKids. London-based Jetpack holds the international distribution rights to the series, excluding the Asia-Pacific region.

Kitty is Not a Cat also joined the lineup on Seven Network’s free-to-air digital channel 7flix in July.