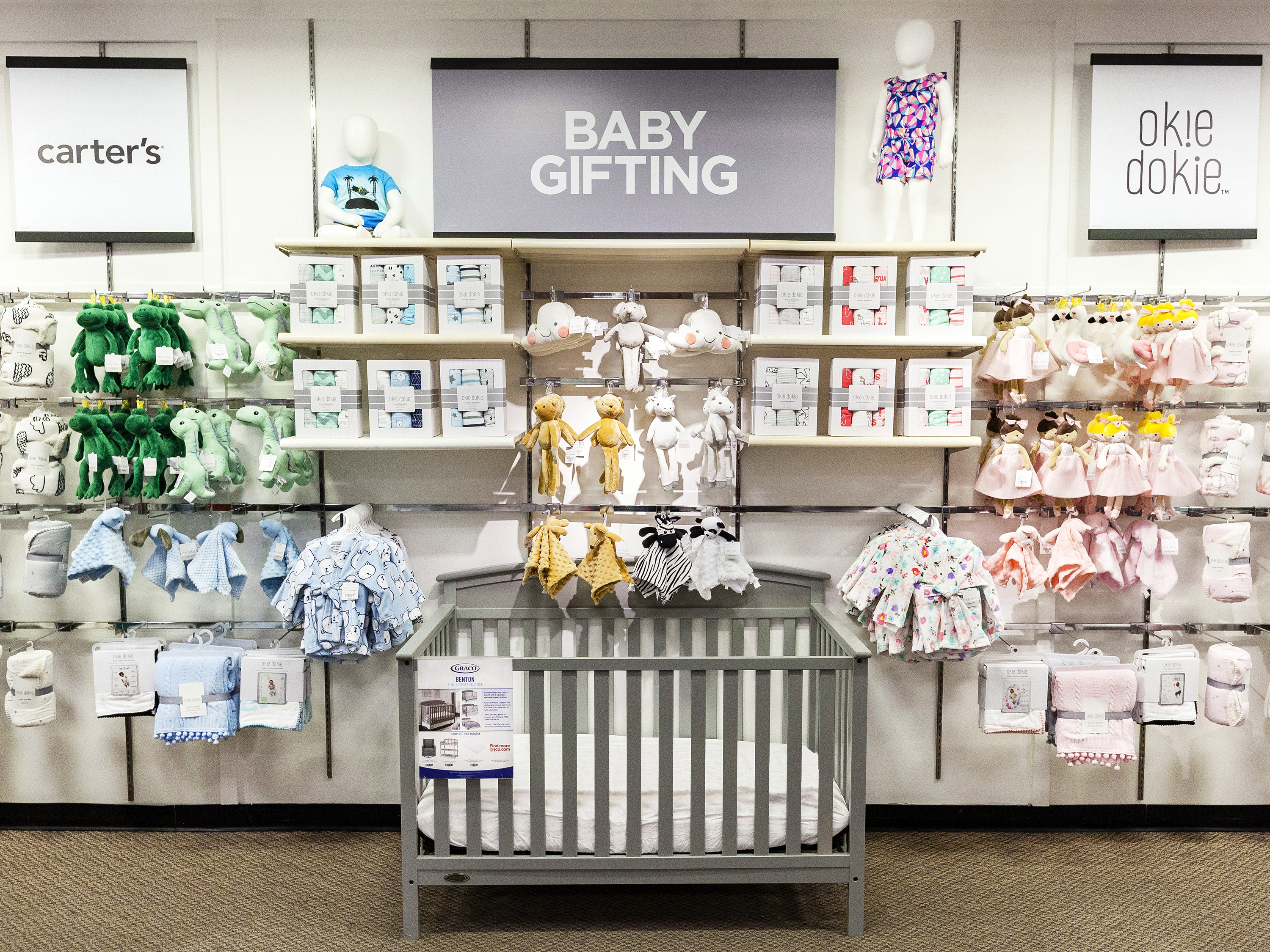 Starting August 30, the retailer will open new in-store sections that are strategically placed near recently closed Toys "R" Us and Babies "R" Us locations.

Jumping into the available market space left by Babies “R” Us when its parentco Toys “R” Us closed all stores earlier this year, JCPenney is expanding its baby selection in 500 if its brick-and-mortar stores starting August 30.

The new shops will be inside JCPenney’s children’s department beside the baby apparel section and feature an updated selection of Carters, Gerber and Okie Dokie clothing, playwear and sleepwear. The baby shop will also offer bottles, pacifiers, diaper bags, bouncer seats and activity centers from brands including Avent, Graco, Fisher Price, Dr. Brown’s, Tommee Tippee and Halo. Items historically offered online, such as cribs, high chairs, strollers and car seats, will also available in stores for the first time.

The company chose these 500 locations because the majority are near recently closed Toys “R” Us and Babies “R” Us locations, after the toy retailer declared bankruptcy and closed or sold all of its US locations. Several toy stores have recently been stepping up and trying to fill the holes that Toys “R” Us left as it represented around 12% of the US toy industry’s sales in 2017 according to NPD’s consumer tracking service.

This isn’t JCPenney’s first move to keep up with rivals by offering a more expansive physical shopping experience—in a bid to attract a younger demographic to its stores the US retailer recently introduced toy shops in all of its brick-and-mortar stores while also significantly expanding its online toy assortment. The retailer also expanded its LEGO selection to include 30 different LEGO playsets in 875 of its stores.